Ivano-Frankivsk – “Legally, it’s like I don’t exist. It’s as though I have just fallen from the sky,” says 31-year-old Ievhen, sitting with his partner and two children in a tiny dormitory room in Ivano-Frankivsk in Ukraine, where they recently moved.

Born in the Russian Federation, Ievhen grew up in several orphanages across Ukraine because his mother had been deprived of parental rights and his father had died at an early age. The birth certificates of his children, Milana and Ievhen Junior, are the only official documents where his name is mentioned.

Due to his complicated upbringing, Ievhen has never been able to get a passport or access many of his rights: to have an education, get a decent job, officially marry his partner Marharyta, open a bank account, or receive state benefits – which he should now be entitled to as an internally displaced person.

While living in this legal limbo was already difficult enough for Ievhen before the war started, the current situation has made it even worse. 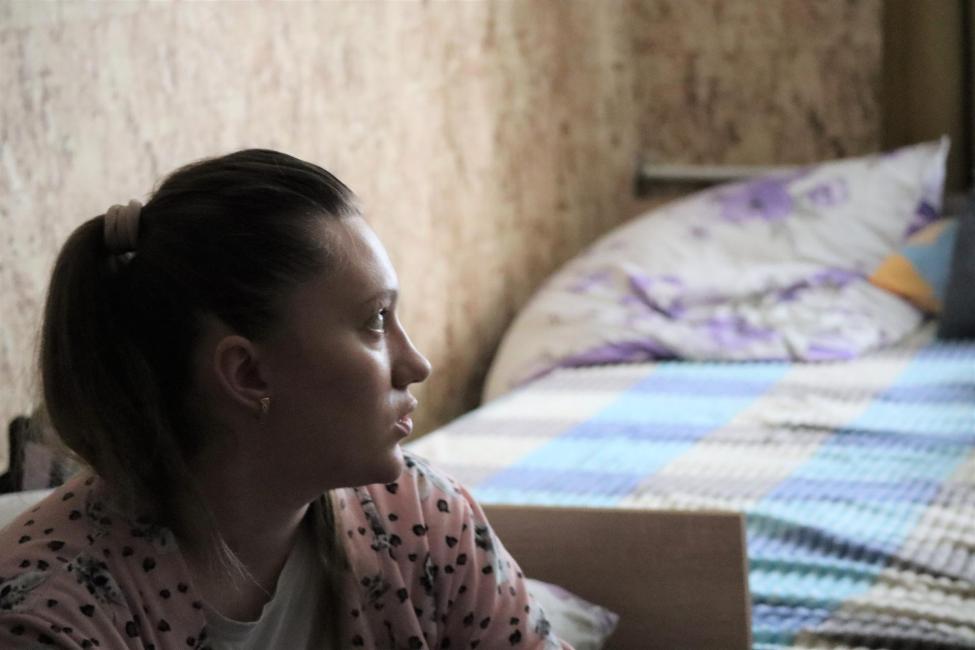 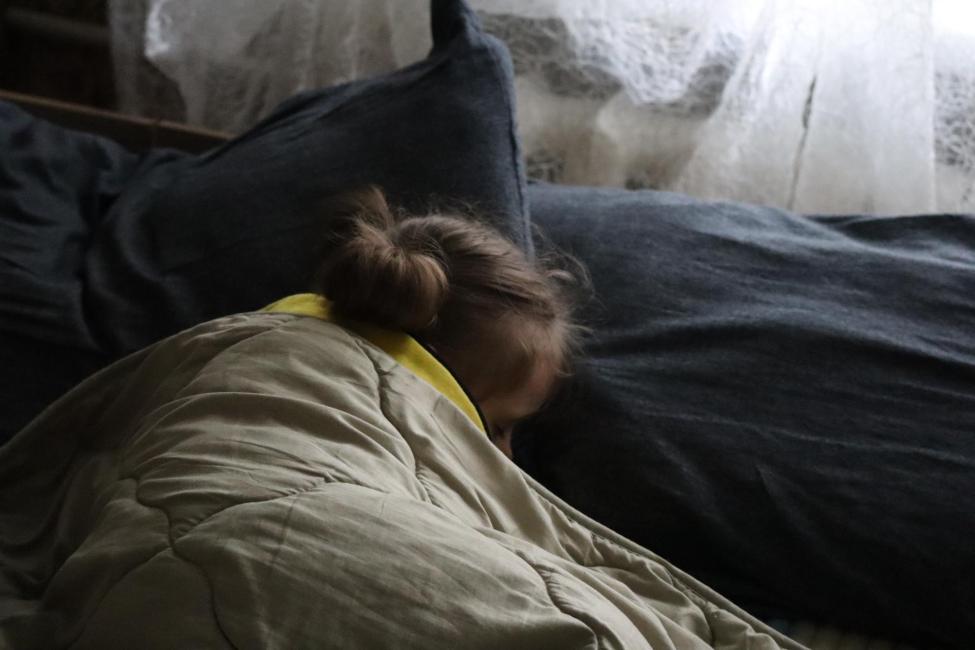 Marharyta is the only one in the family who can receive social benefits as a displaced person, as Ievhen cannot apply for this support without identity documents. Photo: IOM/Iryna Tymchyshyn

In mid-March, Ievhen with his then-pregnant partner and two-year-old Milana were forced to flee the city of Izium in the Kharkiv region, after taking shelter in a cold basement for several weeks. The family was lucky to reach safety in a village near Kharkiv and did not plan to travel further at first, but a house fire left them with no choice but to accept an acquaintance’s offer to go to western Ukraine.

“We gave him all the money we had when we arrived – about UAH 10,000 (USD 270) – and he just took it and disappeared. Three days later, a woman came and told us that we had to leave because the rent had only been covered for a couple of days. We haven’t been able to get in touch with that man ever since; he just disappeared, leaving us homeless yet again,” Ievhen recalls.

With no savings, Ievhen and Marharyta had to eventually take shelter in a school nearby which served as a collective centre for those displaced, and later in a dormitory. To ensure their well-being, the International Organization for Migration (IOM) plans to support them with cash assistance to rent individual dwelling.

With a growing family to provide for, Ievhen started to look for a job, accepting any offer that came his way. Without documents to prove his identity, he was not able to find permanent employment or register as an internally displaced person and access social aid.

Seeking legal advice, he reached out to IOM’s partner NGO Caritas who referred the family to IOM’s tailored protection services. Through it, Ievhen’s family has been able to access support to cover medical expenses at the local maternity, clothes, baby items, a heater, and pay utility debts.

During discussions with IOM staff, it came to light that Ievhen used to work in construction and was hoping to make use of his skills again. Receiving construction tools from IOM has been a game changer, he says, as he is now able to secure better jobs. With the money he earns, he has been able to buy winter clothes for his family, including their newborn baby, Ievhen Junior. 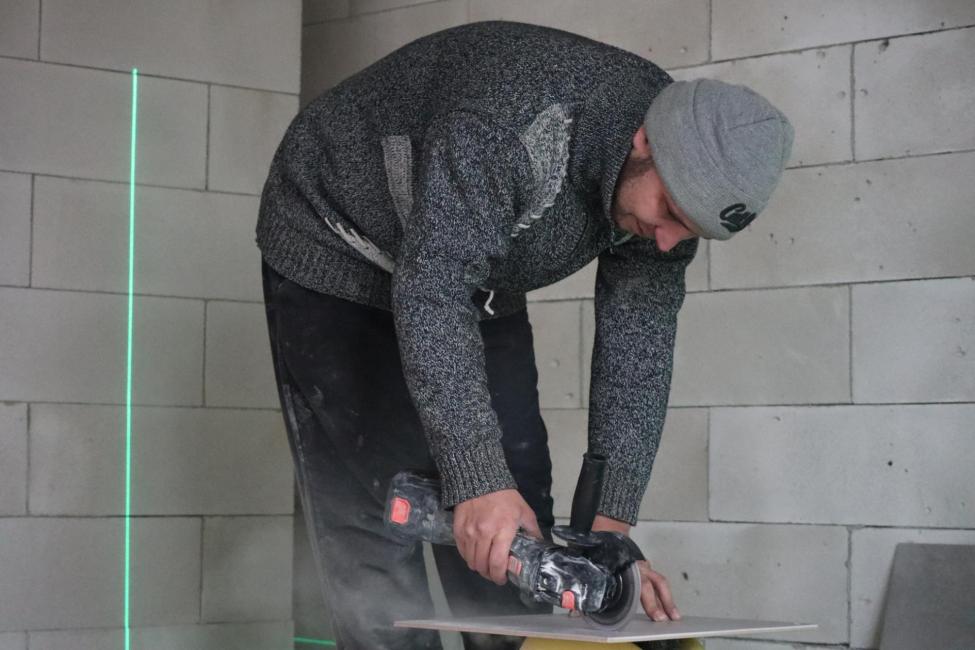 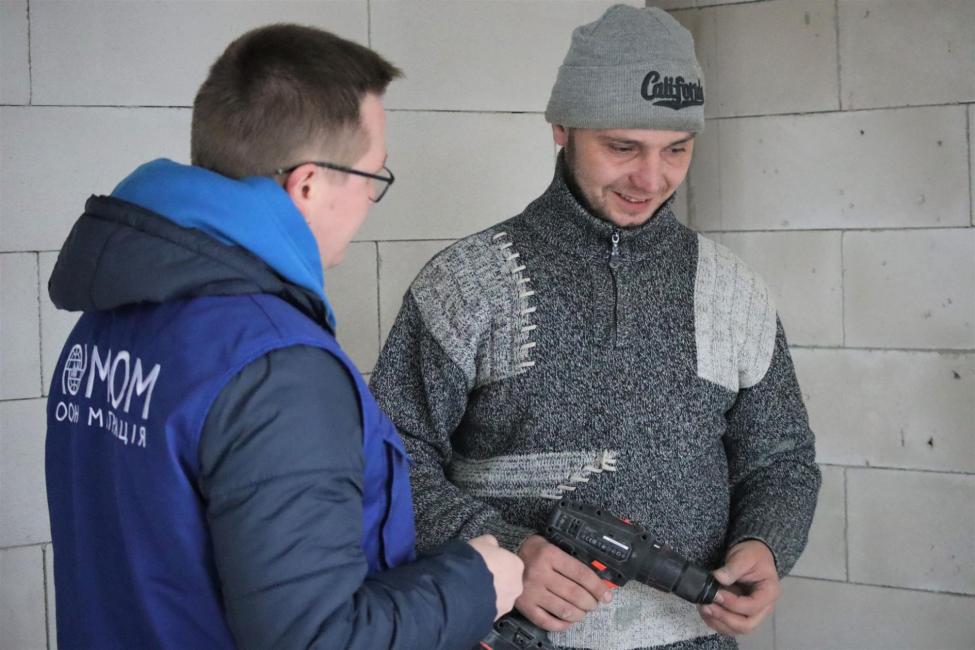 IOM has provided Ievhen with tailored assistance, including legal and psychosocial services, and financial support to improve his employment opportunities. Photo: IOM/Iryna Tymchyshyn

“We are grateful for all help that we have received. I have two children and a wife to support, so I cannot afford to give up. I am happy that I am able to work and can build a better future for us,” he says.

For now, the couple is planning to stay in Ivano-Frankivsk until the situation improves. As millions of other Ukrainians, they are now faced with severe power outages and lack hot water, electricity, and heating, which further exacerbates their needs. “We hope for the war to be over soon and for my husband to finally receive his first ID, so we can officially get married,” Marharyta says.

After everything they have been through, Marharyta feels that she can rely on her partner during their happy times but also when things get rough. “Ievhen always tells me not to worry, that behind the clouds, the sun is always shining.”

Legal identity is central to enabling regular migration and to protecting the rights of migrants throughout their migration journeys. IOM is committed to facilitating access to legal identity for all, in support of the 2030 Agenda and the Global Compact for Safe, Orderly and Regular Migration.

The need for protection services in Ukraine is now greater than ever. According to an IOM-led survey, due to war-related shocks, the vulnerability of Ukrainians has doubled since last year, with every other Ukrainian being exposed to human trafficking risks or other forms of exploitation. Since the beginning of the war in February, IOM has provided tailored protection assistance to over 500 people.