A small factory is full of dust, which is produced by a waste wood pressing machine working at full capacity in the centre of the room. The business owner, Valentyn, and his two assistants are loading the briquettes that are coming out of the machine onto a one-ton palette. Each one of these palettes can be used to heat a house for several months during freezing winter days.

Amid the energy outages caused by Russian attacks on critical energy infrastructure in Ukraine, residents are looking for alternative fuels. Sawdust briquettes represent a less costly and more ecological solution. Most of the materials used for production are recycled from industry waste wood. In addition, the briquettes produce significantly less ash than coal or traditional wood logs when burned.

“We receive a lot of orders, including from the owners of hotels in the mountain resorts. A ton of these briquettes provides as much heat as a whole truck of wood, but we save a lot of trees by simply using the waste that manufacturers would just throw away. In the first months, we placed an advertisement about our products online but had to delete it as we did not have capacities to address the demand,” Valentyn explains.

Valentyn is a war veteran who fought during the conflict in eastern Ukraine in 2014-2015. Having returned from the frontlines, he decided to start his own business in Halych, Western Ukraine. Last year, he received in-kind support from IOM to scale-up his business as part of a European Union-funded project focused on strengthening community resilience through socioeconomic support for veterans. With this grant, he was able to buy a pressing machine, which enabled him to drastically increase production, satisfy demand, and create local employment opportunities.

On 24 February, when the Russian Federation started the full-scale invasion of Ukraine, Valentyn was on his way to work. He decided not to stay on the sidelines and joined, once again, the Ukrainian Armed Forces to protect his country. Deployed near Kyiv, his team was ambushed, and he spent a month and a half in captivity, as a prisoner of war.

“I had an injured ankle and a damaged bone. In the first weeks, they tortured us and transferred us to Russia. I was taken to a hospital and received basic treatment for inflammation, but nobody took care of my leg. In May, during the prisoner swap, I was released and transferred back to Ukraine,” Valentyn recalls.

Since then, he spent six months undergoing treatment in Germany and Ukraine. Valentyn is still limping and trying to adjust to the prosthesis in his leg. The veteran says that during these difficult times the income from his business helped him and his family survive, as a large part of his savings were spent on his rehabilitation. 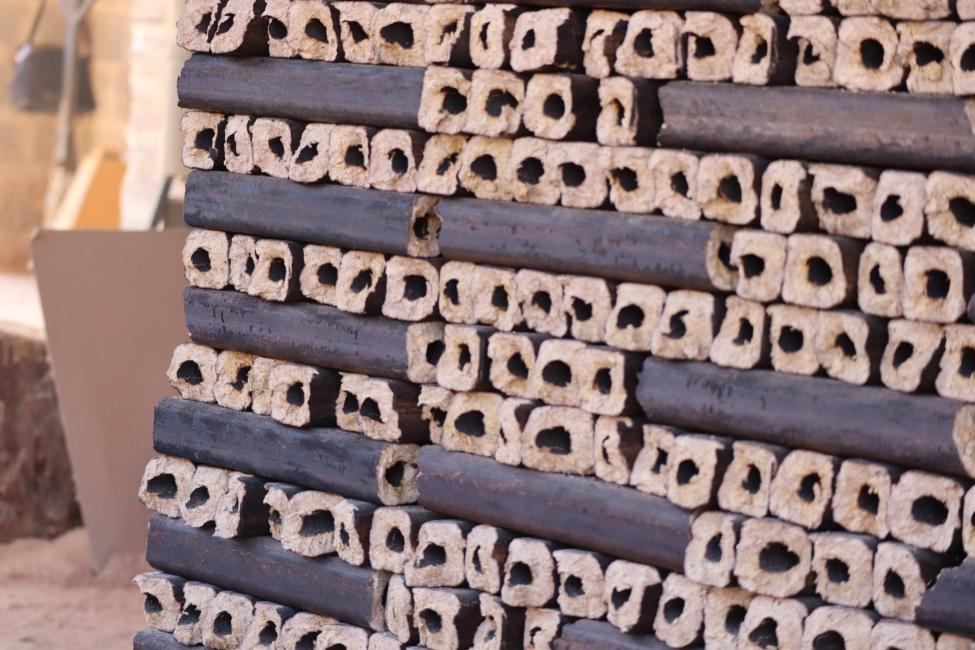 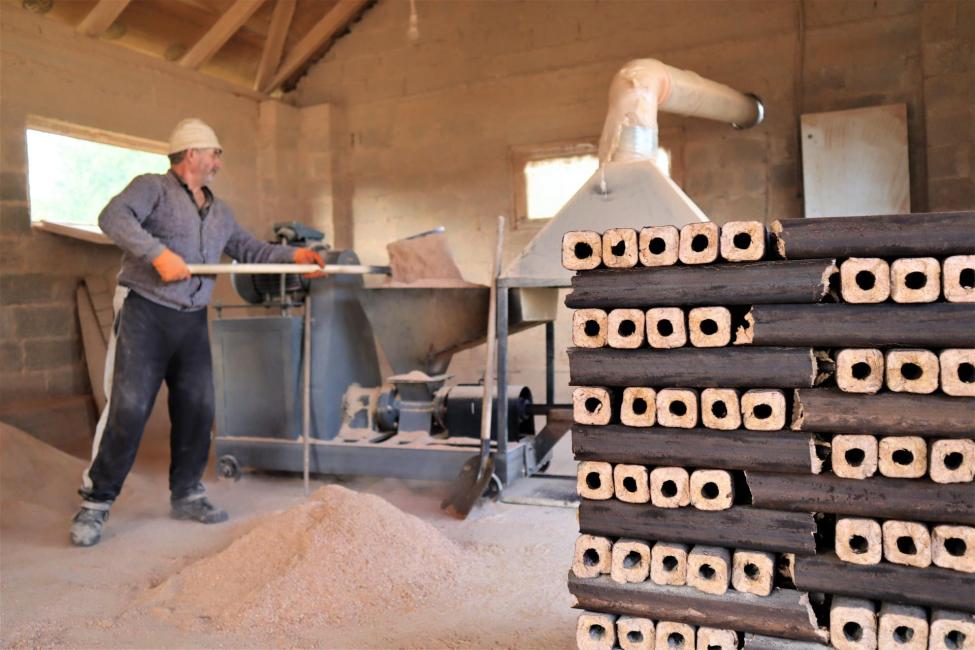 One ton of wooden briquettes can be used to heat a house for several months. Photo: IOM/Iryna Tymchyshyn

While still in recovery, Valentyn went back to work. Seeing his business flourish motivates him to develop it even further. Valentyn hopes to double his business’ production capacity in order to produce up to 30 tons of briquettes per month. Undoubtedly, demand will keep on increasing with winter approaching. 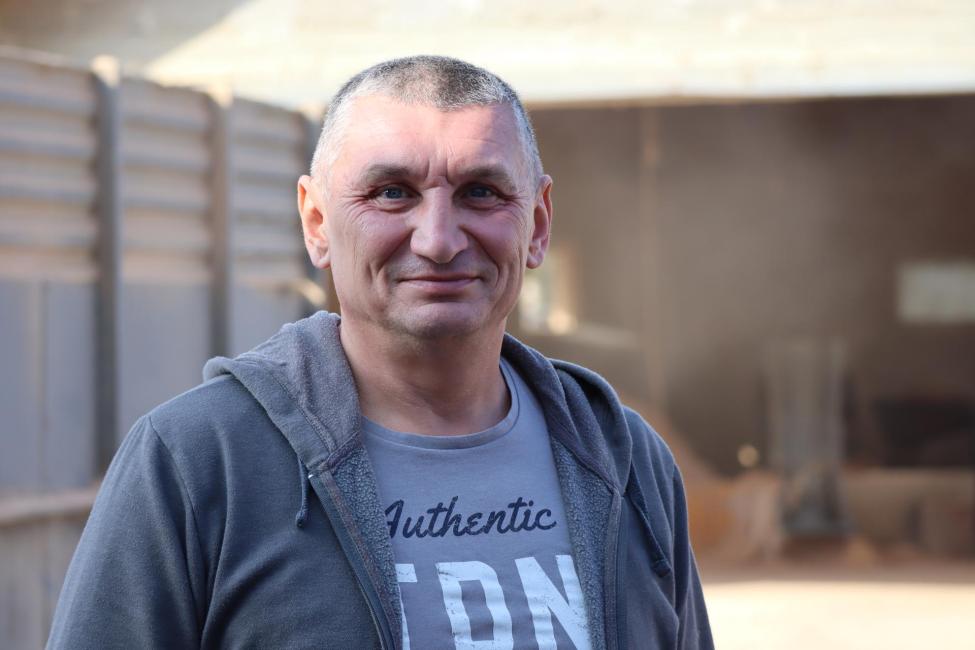 “My only dream is for the war to end. I have a wonderful family and a business that I like. I want our country to develop so that people can enjoy their lives. We never wanted anything that is not ours — only to live peacefully on our land."

Having experienced the transition into civilian life twice, Valentyn thinks that after returning from the frontlines it is crucial not to perceive this experience as one of self-sacrifice and hide trauma, but on the contrary, it is important to seek professional psychosocial support as needed.

According to the IOM’s survey of veterans who have served in eastern Ukraine from 2014 to 2021, over a third of respondents were interested in starting their own business to successfully reintegrate into the community’s socio-economic life. However, the majority lacked funds, local market knowledge, and business-related skills.

The Government of Ukraine estimates that the number of veterans at the end of the war could reach up to 5 million. As part of its recovery, resilience, and reconciliation approach, IOM seeks to further support former combatants during their transition to civilian life and contribute to peacebuilding efforts in Ukraine.

Ukrainians Rush to Take Shelter Ahead of Looming Winter

“Only One Plan – To Restore What Is Possible And Needs To Be Restored”: Small Business Brings Chernihiv Back to Life Amid Massive Blackouts

Not Just Surviving But Thriving: Innovations Help Business in Ukraine To Stay Afloat During the War