What were you doing one month ago?

Somewhere in a basement in Mariupol, Maksym, a general practitioner and cardiologist, was performing life-saving surgeries with a box cutter instead of a scalpel.

In Ukraine’s East, Olena, an anaesthesiologist from Kharkiv, was at the bedside of COVID-19 patients hooked up to respirators as shells rained down.

They both endured hell and horror. The battered Ukrainian port city of Mariupol has become a leitmotif of the war: the city hospital was constantly under fire. 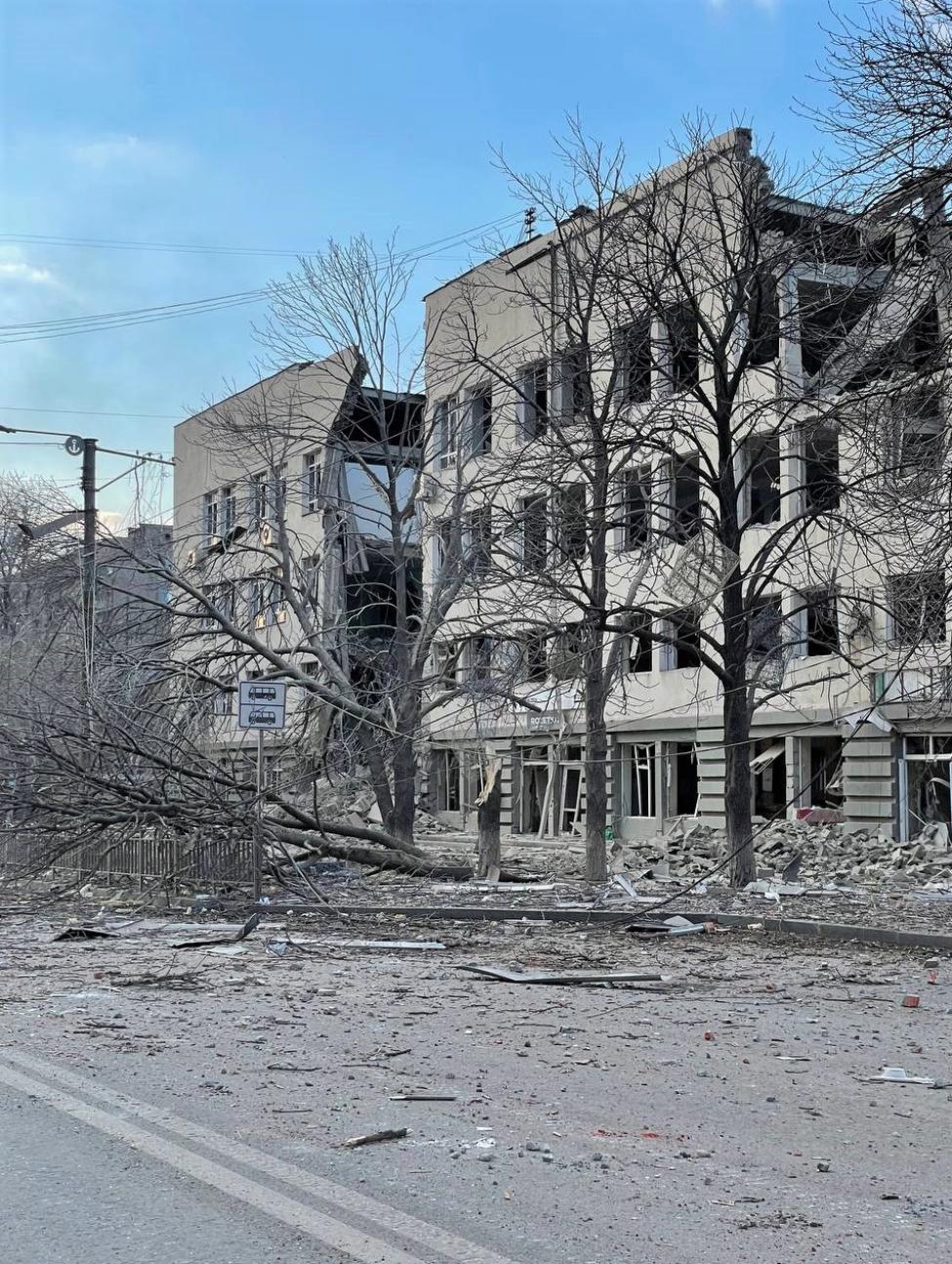 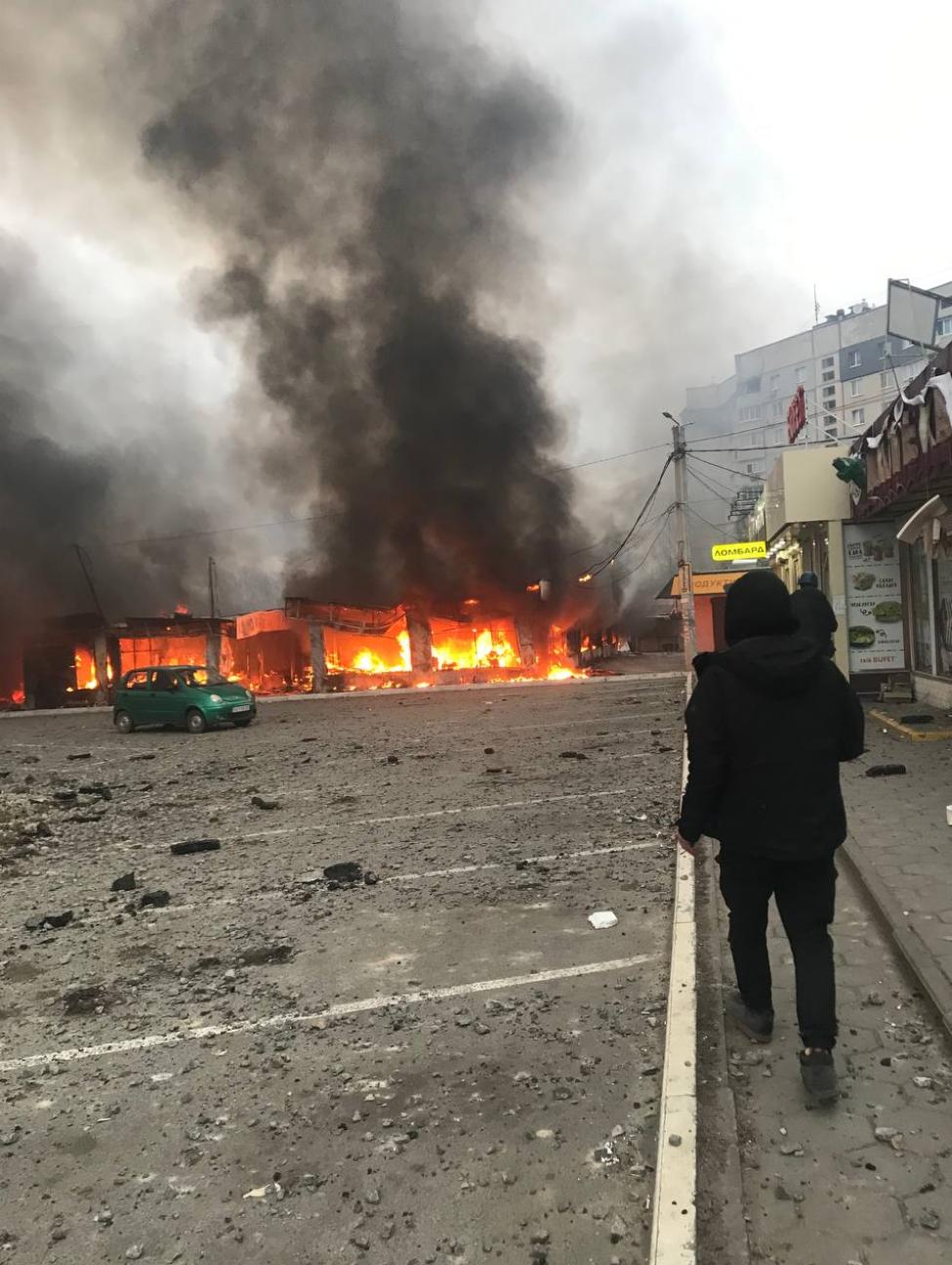 “Missiles hit the perinatal centre, the maternity ward—everything,” remembers Maksym. “They fired
directly at the windows: we saw pieces of human bodies flying out of the window.”

Maksym and Olena escaped their cities. Now, they both work in an IOM mobile clinic in the town of Belz bordering Poland in western Ukraine.

“I only left Kharkiv for the sake of my two children, aged 10 and 14,” says Olena. “After 10 days in a shelter, one of them was running a fever of 40°C. They both had nightmares and could not sleep; they were afraid because the house was constantly shaking.”

They both know on a personal and visceral level that it’s not only the patients who have had to endure the hardships of war and displacement but also the medics who have stayed. “Hospitals became strategic targets,” says Maksym.

Medical professionals like Maksym and Olena have risked their lives to help individuals whose health has been threatened by the war. The World Health Organization (WHO) has verified 200 attacks on healthcare facilities in Ukraine since the start of the war.

By the end of February, a small room in the basement of a two-storey gym in Mariupol had been turned into a hospital catering for the needs of the 4,000 people sheltering there. For them, Maksym was a paediatrician, pneumonologist, surgeon, nurse, and a psychologist.

Maksym worked in that cramped space for 14 hours a day. He treated gunshot and shrapnel wounds. He helped children suffering from an outbreak of an intestinal infection caused by the unsanitary living conditions. He treated pneumonia and bronchitis when people's immune systems broke down after days on end living in the freezing cold with their basic needs unmet.

During the lulls between the shelling and constant flow of patients, Maksym counted the medicine that remained, fearing the day when he had nothing left to treat people.

It seemed that even hope had left Mariupol- people were suffering not only from lack of medicine, but also from hunger, dehydration and freezing temperatures. The shells turned the city into a ruin and new mass graves appeared on the streets.

One of the most horrible moments for Maksym was when a rocket hit a nearby house. Only a pile of stones remained. In the house next door, people were burning alive.

“The shock wave knocked me out,” says Maksym, “but I got up and got a 22-year-old man out of the rubble. He had multiple fractures and could not move. I drove around looking for an ambulance as the fierce shelling continued until we found help. That day, we managed to save him.”

“They shot my 65-year-old stepfather in the leg. He was operated on in Mariupol in a rush, but there was no light, no X-ray—nothing at all. To survive, he needed professional medical treatment, so I embarked on a three-day drive to Zaporizhia where he had surgery,” recalls Maksym.

Meanwhile in Kharkiv, Olena sent all but the most severely ill to the basement and sat upstairs with her bedridden patients for days without relief, since no other doctors could get to the hospital.

One day she found space on an evacuation train, but even then, she and her children nearly lost their lives when an attack targeted a railway station as they passed through. They lay on the floor of the train as 30 terrifying hours passed in a blur, holding each other, praying for a miracle.

Now, the two doctors work in IOM mobile medical teams currently providing primary health care services and mental health and psychological support (MHPSS) to internally displaced persons and host communities. Each mobile clinic is comprised of one doctor, one nurse and a psychologist.

The psychologists working with IOM’s implementing partner conduct individual and group counselling, alongside mental health awareness sessions, during which they explain the connection between the mental and physical health and offer coping techniques to those in need.

Most of the patients are women, children, and elderly people often suffering from chronic illnesses. The initiative is a lifeline for those displaced and is implemented in coordination with local authorities, humanitarian partners and civil society organizations.

“We could not sit idle carrying the burden of all the memories. It is better if we do our job and help those
who need it,” explain Maksym and Olena.

IOM’s health response in Ukraine is possible thanks to the support of the Government of Japan.