The bus is arriving at the Pidhirtsi Castle in Lviv Region. It is unusually silent here: no tourists, and shops with souvenirs and ice cream are closed. Due to the war, the castle is opened only on Sundays, but today an exception was made for the special guests — children, evacuated from the hottest spots in eastern and southern Ukraine.

Nazar is five years old. The first thing that he wants to do after getting off the bus is to hug me. His mother Mariia says that in this war her son is trying to show his sympathy and find new friends. Nazar with his sister fled to Lviv from Kramatorsk in April, while all their friends stayed at home. Nazar often woke up at night, could not sleep and cried. “Why is it so much light here, and street lanterns are on? In our city, there were no lights”, he said. All windows on their street in Kramatorsk were closed with boards or plywood, there was no light at all due to the power outages or blackouts. Nazar was very scared at first as everything was different in Lviv, but gradually he got used to it. He made friends with other children from a modular town, and now they are trying to support each other. One displaced girl gave a Huggy Wuggy stuffed toy as a present to Nazar, and now it is always around, helping him to get to sleep. The current war has certainly had its heavy psychosocial impact on families and children.

A six-year-old Varia, Nazar’s sister, is posing for every photo. Looking at this cheerful girl, it is hard to believe that just recently she cried every night and begged her mother to come back home. Maria had to explain that they cannot go there yet, as the situation remains dangerous due to shelling. Their father stays in Kramatorsk and when they call him, a sound of explosions can be heard over the phone. Varia likes to paint and was extremely glad to receive a creativity kit from IOM. The girl is dreaming of becoming a hairdresser or a stylist when she grows up. Meanwhile, she shows leadership skills and is very goal-oriented. Little Varia always knows what she wants and does only what she likes. From several suggested master classes, she selected a pottery lesson during which she made a vase and then gave it to her mother as a gift. After the tour, Varia said that she likes to live in Lviv Region which she considers very beautiful.

Mariia wants her children to have positive emotions so they can grow up in peace, not during the war. “When I see them happy, I also feel joy. In Kramatorsk, we would hide in a basement or in the kitchen on the matrasses,” she says. When worrying news started to spread, Mariia and her husband prepared a shelter where they stored food in advance and arranged places to sleep. They have already had an experience of living under the risk of shelling in 2014, and knew what to expect. Unfortunately, this time the situation was much worse. The final decision to evacuate the kids was taken after Mariia and Nazar were hit by a blast wave in a shop. Despite her experience, the woman does not plan to leave Ukraine: “We were born there, we are Ukrainians. We are staying home in Ukraine, hoping that we will be able to return to our hometown Kramatorsk.” 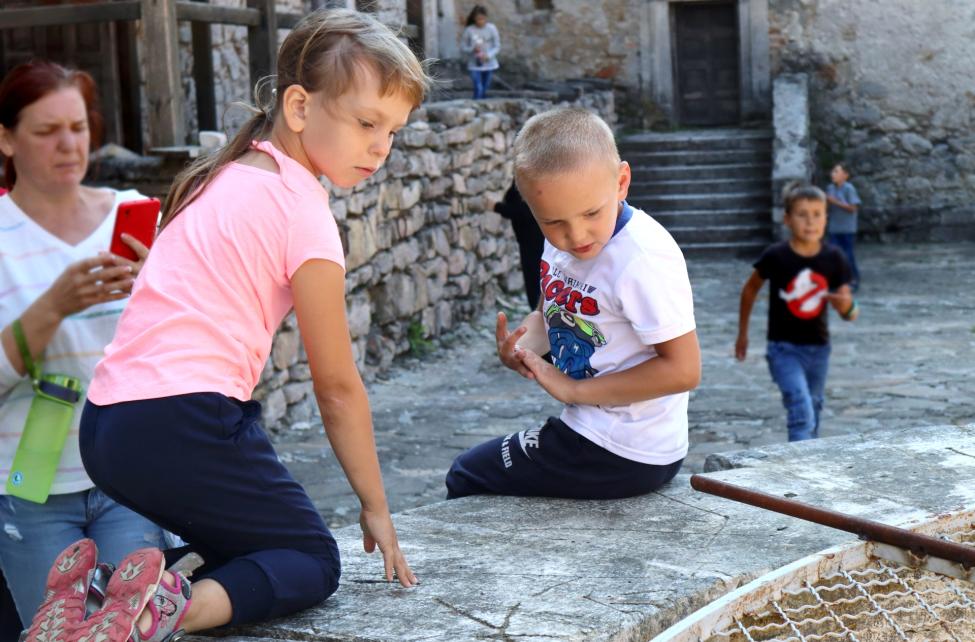 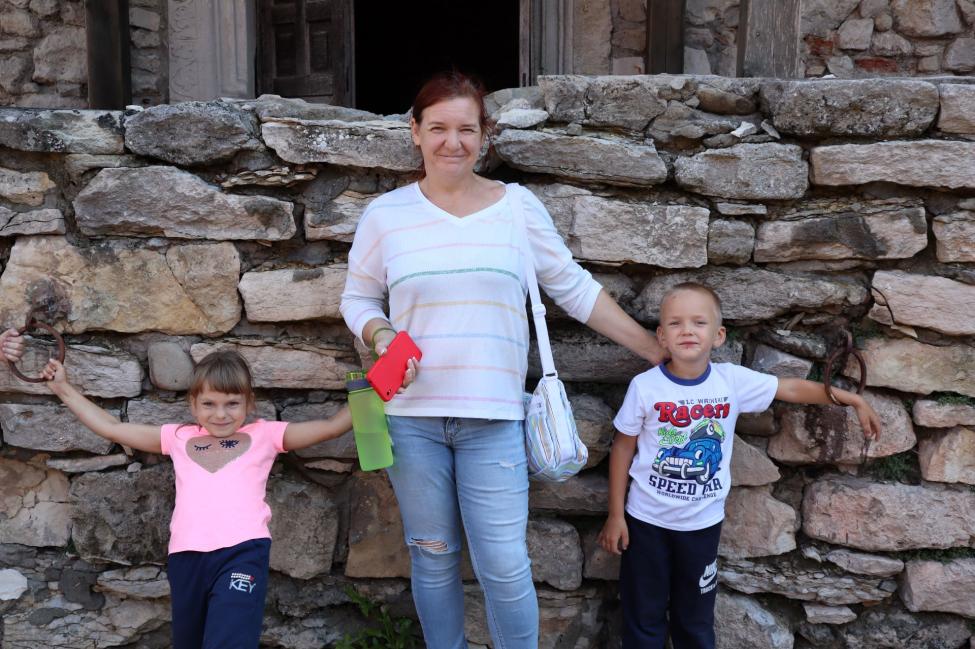 The tours for internally displaced children are a joint initiative of the International Organization for Migration and Lviv City Council implemented with funding from the Government and people of Japan. IOM is scaling up its community-based Mental Health and Psychosocial Support (MHPSS) initiatives in order to improve the well-being of people affected by the war. In total, up to 420 children and their parents or official guardians will benefit from ten trips and were provided with information about the MHPSS Emotional support hotline 0-800-211-444 run by IOM enabling them to cope with the distressing situations of war.

Nine Months: Pregnancy in a Time of War

Between Life and Death: After Fleeing Mariupol, a Doctor Continues His Mission