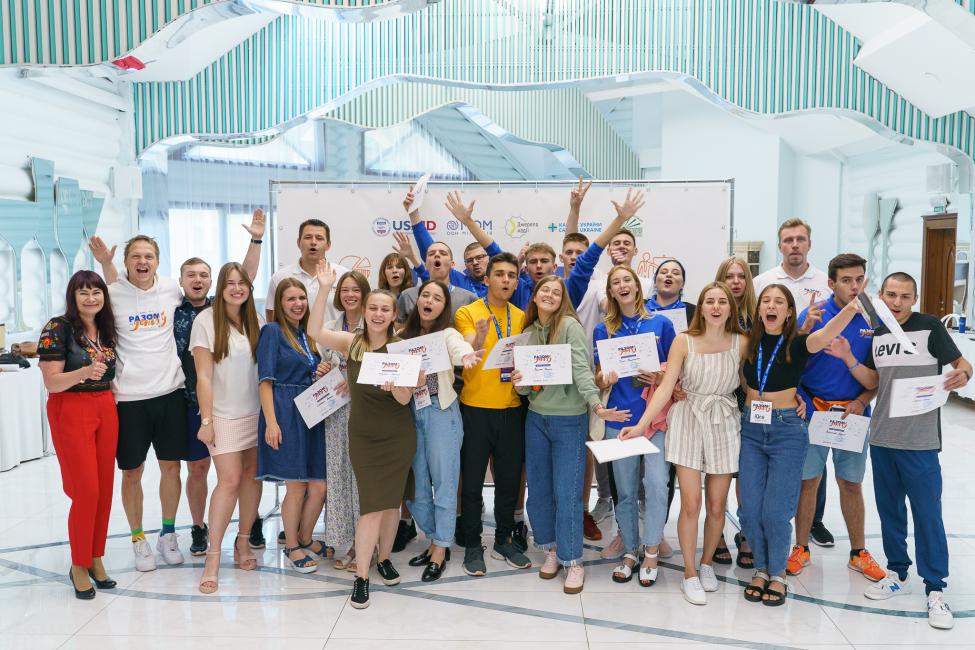 More than 60 young people from 18 to 25 years old – displaced persons from the heavily-affected regions and active members of host communities from Vinnytsia, Ivano-Frankivsk and Lviv regions – completed training at the Youth Summer Schools "Together to Success", organized by the International Organization for Migration (IOM) with funding from the United States Agency for International Development (USAID) and in cooperation with local authorities and civil society organizations.

During four days of intensive training, Schools’ participants have learnt about safe migration and employment,  human trafficking prevention, cultural diversity and tolerance, civic responsibility, volunteering, leadership, and communication skills from the field experts and IOM trainers. Teamwork was an important part of the training, which encouraged internally displaced leaders to quickly and effectively integrate into host communities.

“The IOM Youth School was an opportunity for me to improve my skills and learn something new. I met like-minded people here and it motivates me. I just want to move on. The war continues, but we need to look for new opportunities, as they always exist, even now,” shares 18-year-old Vladyslav from Mykolaiv Region, who participated in the Youth School in Ivano-Frankivsk Region.

Creative workshops, art therapy techniques and sports activities helped to distract the youth from the war and reduce their level of stress. In addition, participants had the opportunity to receive individual consultations from a psychologist. For many it was the first experience of psychosocial support.

“For the first time in my life, I talked with a psychologist about the war and the challenges of my life. It took me a long time to decide on this, and I haven’t regretted it. It was one of the brightest impressions from the School,” said Karyna from Mariupol, who became the most active participant of the School in Vinnytsia Region. 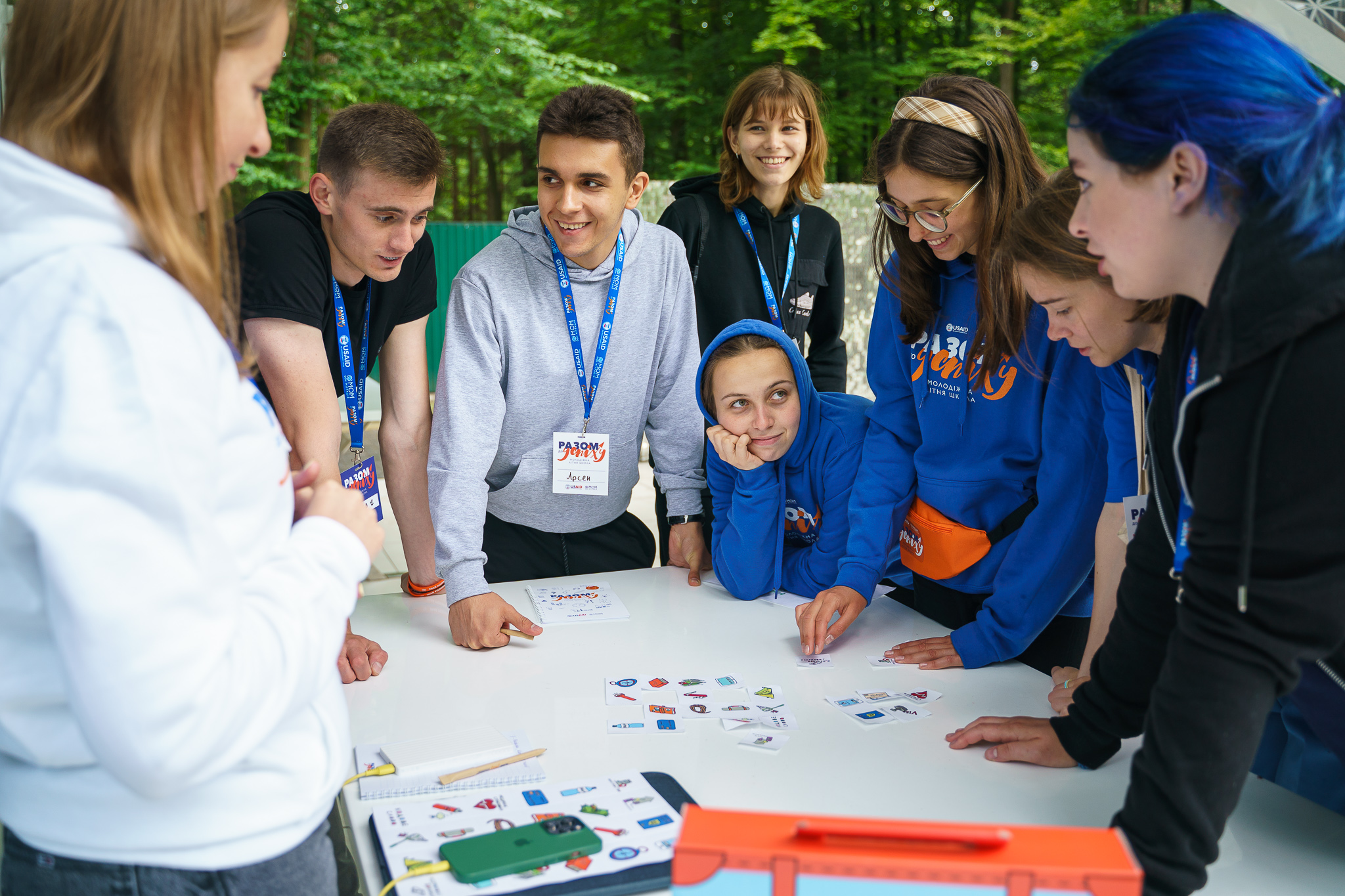 To support young leaders in Ukraine, well-known entrepreneurs and activists also came to the School: the internally displaced family of Polina and Kostiantyn Dudchenko from Kherson, who opened their own business in Ivano-Frankivsk, blogger Ihor Pustovit, social activist Maksym Studilko, co-owner of the PR agency Olesia Stoiko and other. They shared with the youth the secrets of their own success and inspired leaders to believe in themselves.

“During intensive training, everyone has taken the first steps on their path to success. In such a difficult time, many people are left alone with their fears and their past. IOM schools have become a place where young people can open up and feel support,” said Ihor Grohotskyi, Ukrainian singer and winner of the Voice of the Country television project, who visited all three schools and helped the IOM team organize art and sports activities for young people. 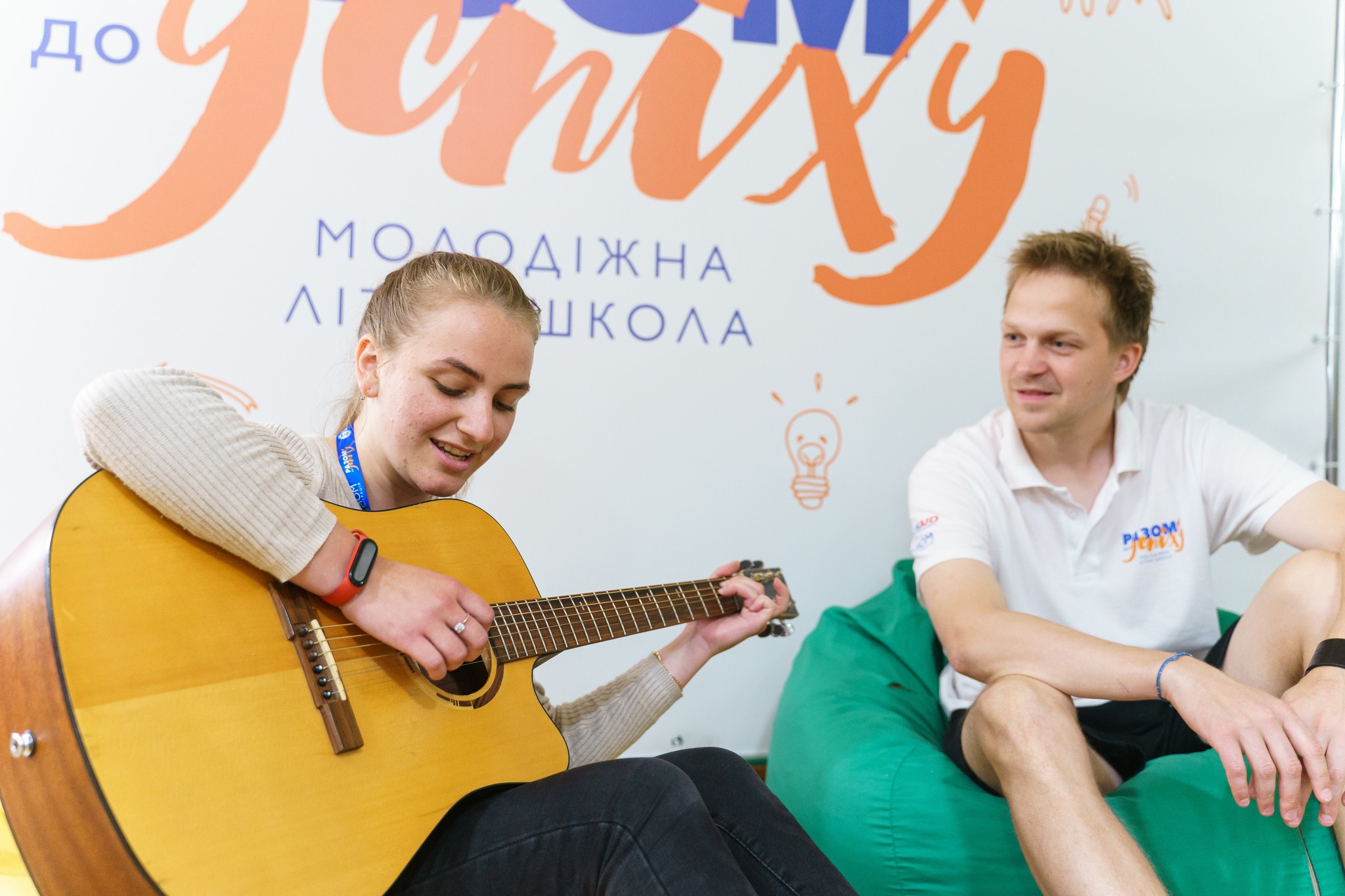 The most active participants of the schools will have the opportunity to implement their own social initiatives on the World Day Against Trafficking in Persons, marked on 30 July, with supervision and resource support from the IOM.

“I hope that our youth will be cohesive and able to make a difference in such turbulent times. Let’s hope that our young participants will be able to use all the knowledge and leadership skills gained in the Schools in the future,” said Tetiana Tymoshenko, Head of Human Rights and Rule of Law Programmes at the United States Agency for International Development (USAID Ukraine).

“The war has changed a lot of things. This year has become very difficult and uncertain for many of us. Most young people are now rethinking their dreams, trying to figure out what to do with their life. We really hope that our Schools have helped them prepare for the future,” said Chissey Mueller,  IOM's Senior Protection Coordinator. 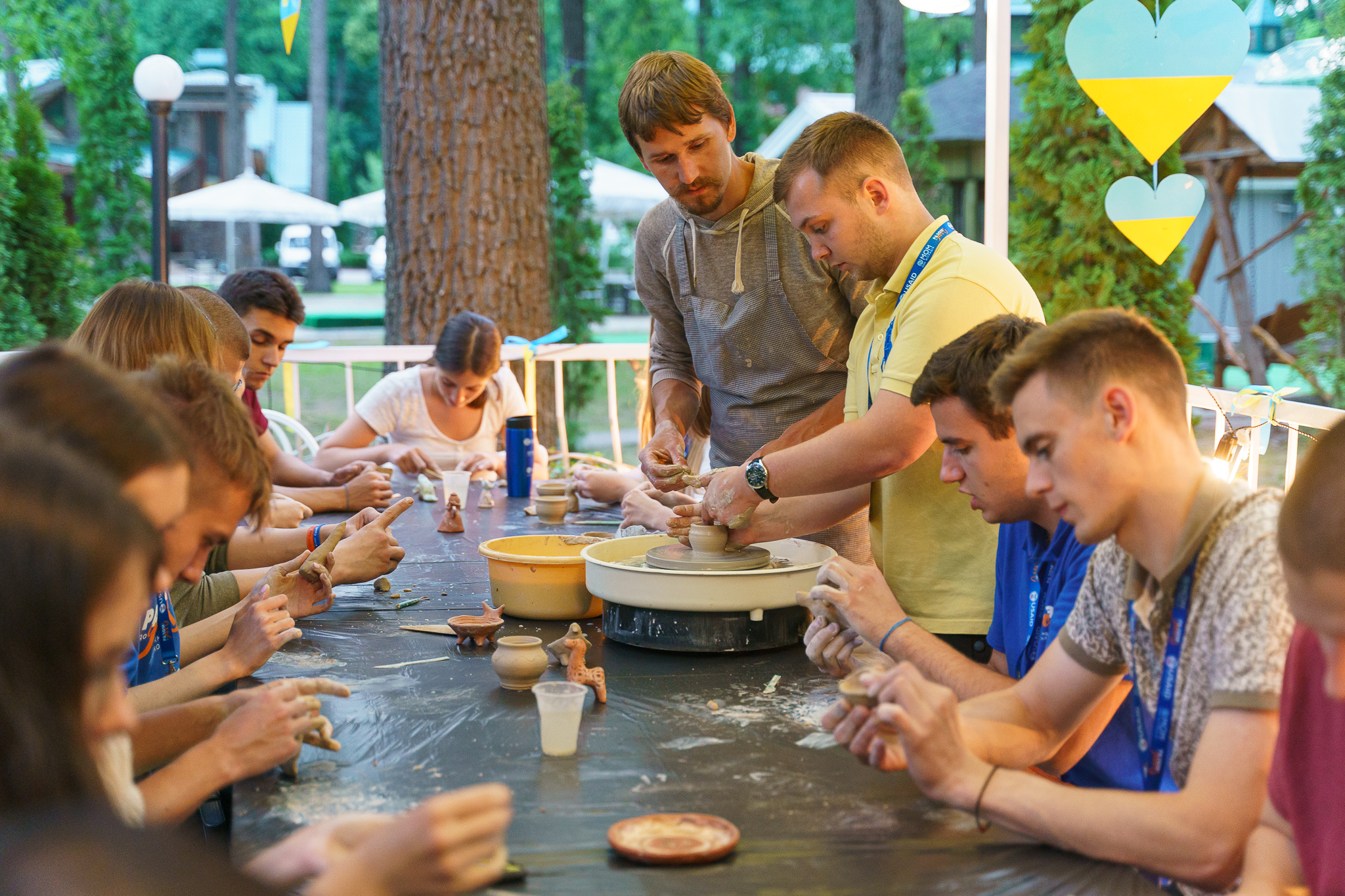