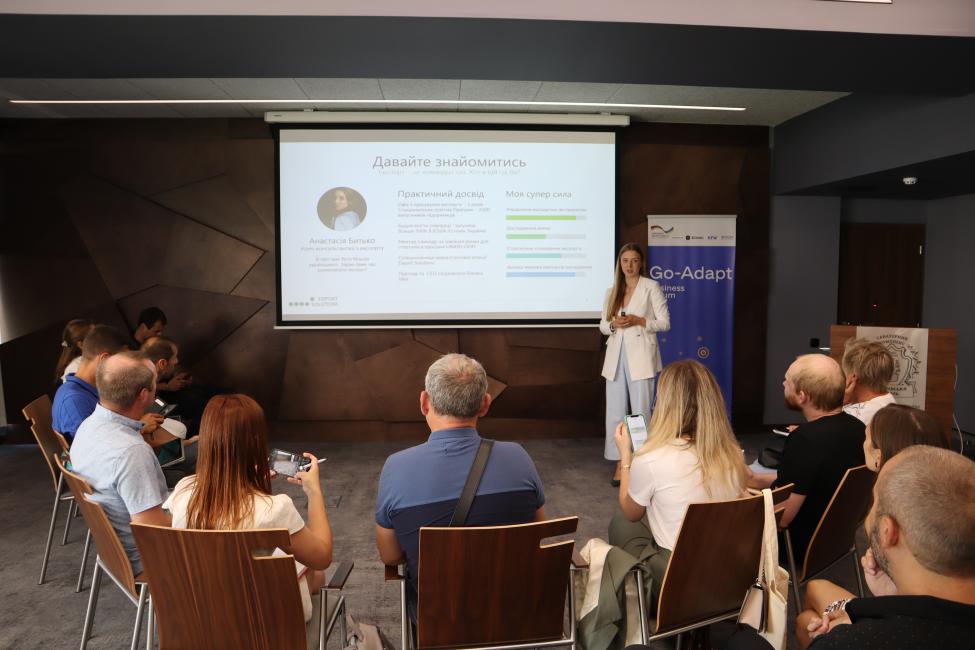 Fifty representatives of micro-, small and medium enterprises joined the Go-Adapt Forum organized by the International Organization for Migration (IOM), Mission in Ukraine, to support relocated businesses on their road to recovery. Tailored for companies that had to move from the worst war-hit areas to safer regions, the forum offered an intense eight-hour theoretical and practical training where participants discussed challenges and new business models with experts and peers.

The event was organized near Uzhhorod in Zakarpattia Region that hosted one of the largest shares of displaced persons, including relocated businesses. As of June 2022, over 300 business have relocated to Zakarpattia, which is almost a half of all businesses relocated within Ukraine. Conducted in partnership with Diia.Business Entrepreneur Support Centers, the event was part of the IOM’s project "SME Boost: Economic Integration of Internally Displaced Persons and Business Recovery". Funded by the German Federal Ministry for Economic Cooperation and Development (BMZ) through KfW Development Bank, this project seeks to support economic recovery during and in the aftermath of the war by providing financing and technical expertise to the impacted enterprises.

“Due to the full-scale war, the total direct losses of small and medium-sized businesses are estimated at USD 85 billion. Currently, only 6 per cent of businesses have adapted to the new conditions and have been able to build a strategy and business plan. Through this project, IOM supports businesses in 16 regions of Ukraine. Forums like this provide a platform for businesses to create new networks, look for partners, and establish ties with authorities in the hosting regions,” said Stanislav Pidperyhora, SME Boost National Officer at IOM Ukraine. 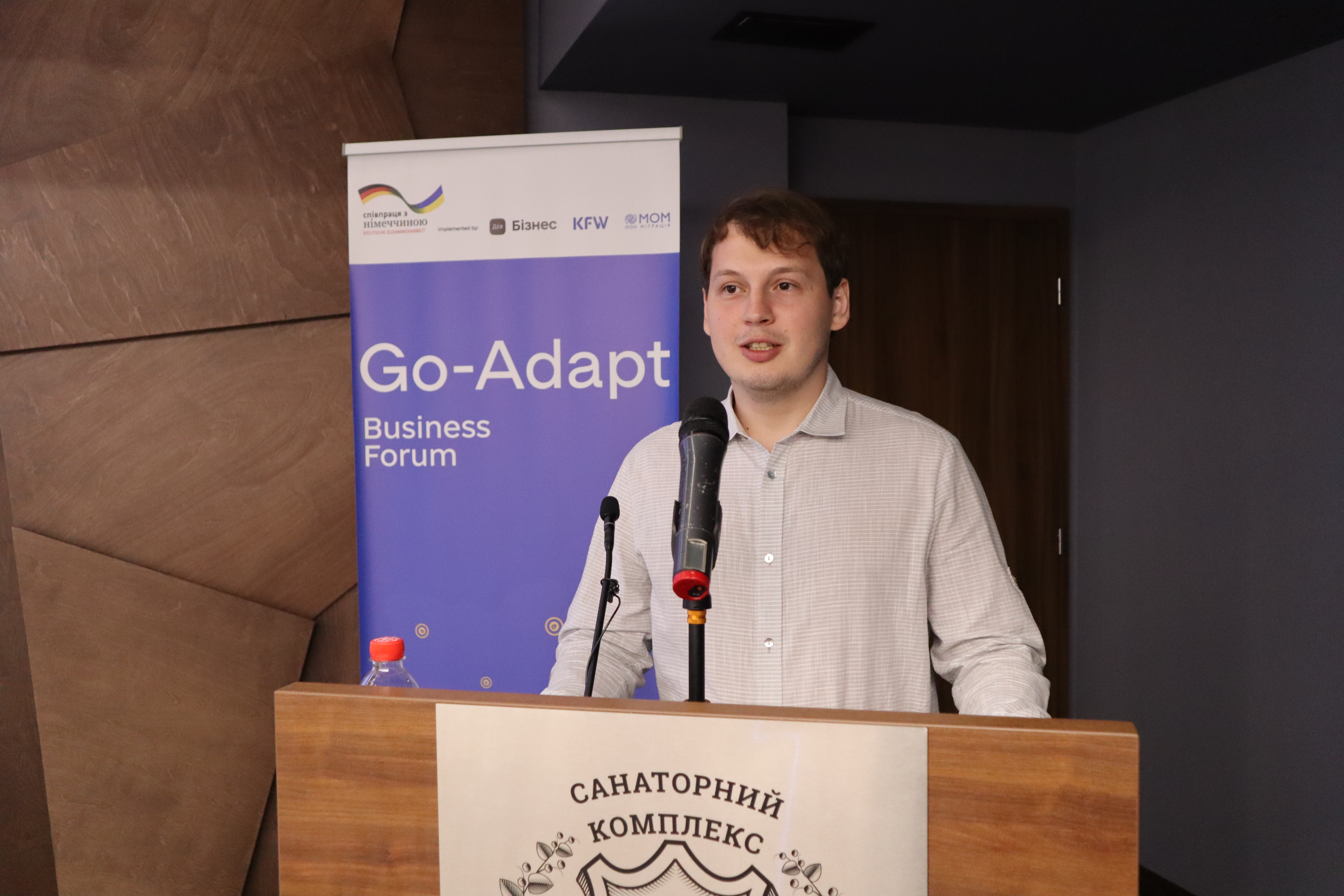 "We held two theoretical lectures and practical training where entrepreneurs had an opportunity to analyze their businesses and plan how to develop them during wartime. In addition to those businesses that had already relocated to Zakarpattia Region, this event also targeted those enterprises that only planned to do so," explained Lesia Kainer, Head of  Diia.Business Entrepreneur Support Center in Uzhhorod.

During the practical workshop, participants learned how to create marketing goals, analyzed franchise options and financial models for their businesses, and discussed effective ways to reach the international market. 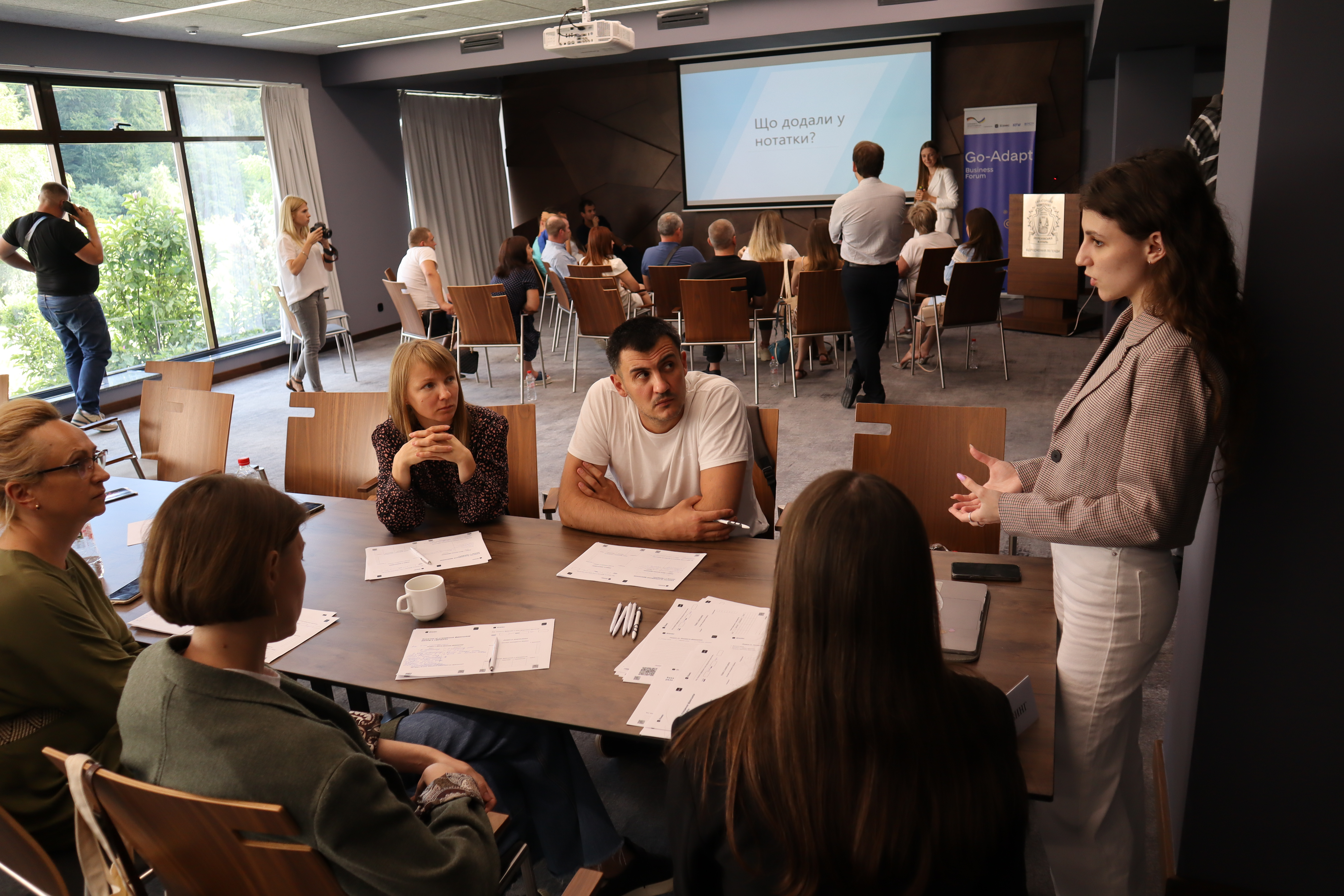 "The Go-Adapt business forum was a great opportunity for networking. People from different segments of the economy and business areas found common interests and entries for cooperation. For instance, I realized that my business may offer advice on a diet line to a confectionary producer,” said Oleksii Kalmykov from Kharkiv who owns a business in the medical industry.

While placing a specific focus on the enterprises that have relocated from the worst-hit areas of Ukraine, IOM also seeks to support businesses that provide critical goods and services, address gaps in logistics and transportation, and contribute to green recovery, social initiatives and ethical business practices. 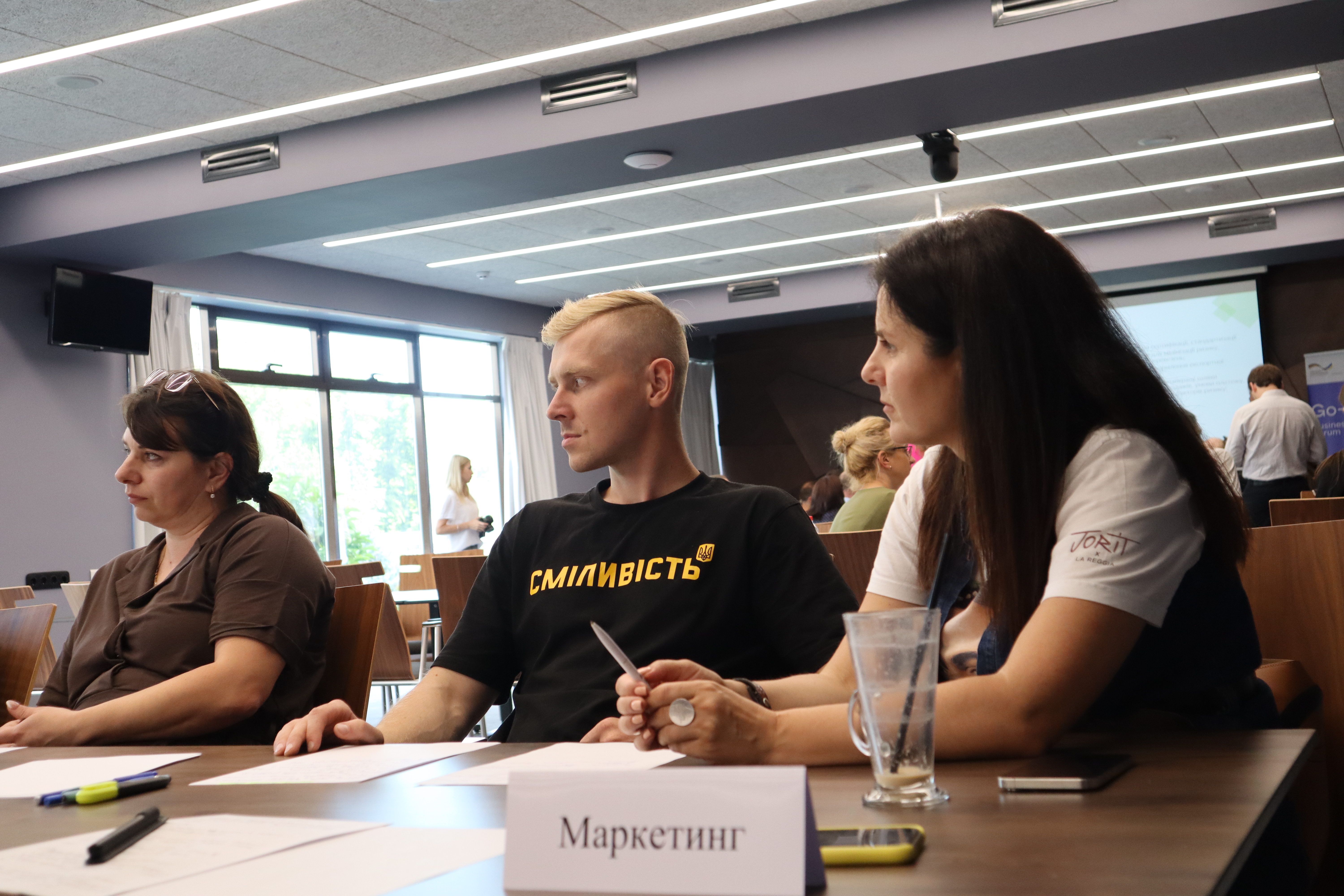