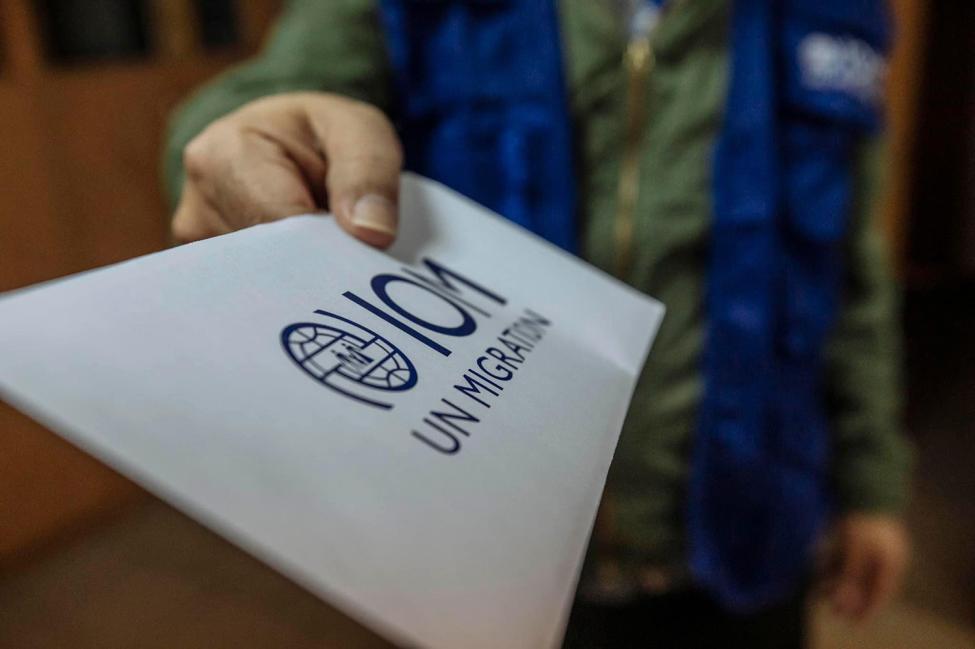 The International Organization for Migration (IOM), Mission in Ukraine, has launched its broad cash-based programme to support the most vulnerable families who fled their homes in the regions affected by hostilities. With initial funding from the UN Central Emergency Fund (CERF), the European Union, Germany, Canada, and the Bureau for Humanitarian Assistance of the United States Agency for International Development (USAID), IOM cash programme will cover multiple regions of Ukraine and will be conducted in coordination with local authorities and other humanitarian actors.

Zakarpattia Region will be the first area to be covered with the aim of reaching 40,000 beneficiaries with cash amounts transferred to them via the post office and other financial service providers in Ukraine, in coordination with the Oblast Administration and their Department of Social Policy. The assistance will be directed towards the most vulnerable groups among IDPs and host communities, such as pregnant and single women, families with two or more children, persons will disabilities and the elderly.

According to IOM country-wide representative survey on displacement, conducted between 9 and 16 March, since 24 February 2022, 6.5 million persons were forced to flee their homes and relocate in safer areas inside the country. Western oblasts of Ukraine remain the primary destination for the newly displaced population. According to the local authorities, around 500,000 IDPs are currently estimated to have reached Zakarpattia Region.

“Multipurpose cash assistance in Zakarpattia and the other regions will ensure that the most vulnerable communities are able to meet their basic needs in dignified and empowering manner, while indirectly supporting the local economy at the level of host communities”, said Marco Chimenton, Emergency Coordinator at IOM Ukraine.

In addition to Zakarpattia, since the onset of the war, IOM Mission in Ukraine has further established its operational presence in Chernivtsi, Ivano-Frankivsk, Lviv and Vinnytsia to support multi-sectorial, life-saving and life-preserving humanitarian assistance to internally displaced persons, host communities and other conflict-affected groups, including migrants who are stranded in Ukraine and will need support to ensure their safety during and after crossing the borders with the EU.