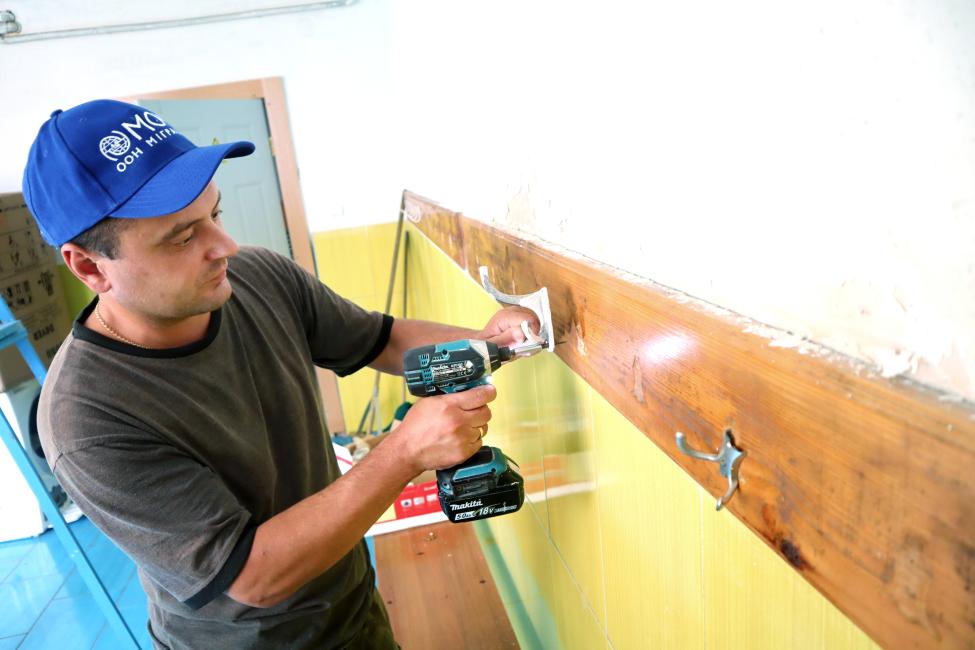 Assembly and sports halls of educational facilities, dormitories and production facilities in western Ukraine continue serving as shelters for internally displaced people (IDPs). The buildings are often not suited to provide accommodation. As a result, electricity networks often face outages, appliances fail, and plumbing breaks. Sockets are not enough even to charge mobile phones. Institutions need to be quickly updated to meet the needs of IDPs.

IOM Ukraine has suggested a solution — two mobile teams, through the quick and high-quality repairs lasting no longer than a week, can improve living conditions for displaced people in collective centers in Lviv Region. Each team includes a foreman, one plumber, one electrician and two helpers. The institutions themselves are suggesting the changes that they need. In total, IOM plans to repair more than 100 IDP centres in Lviv Region. 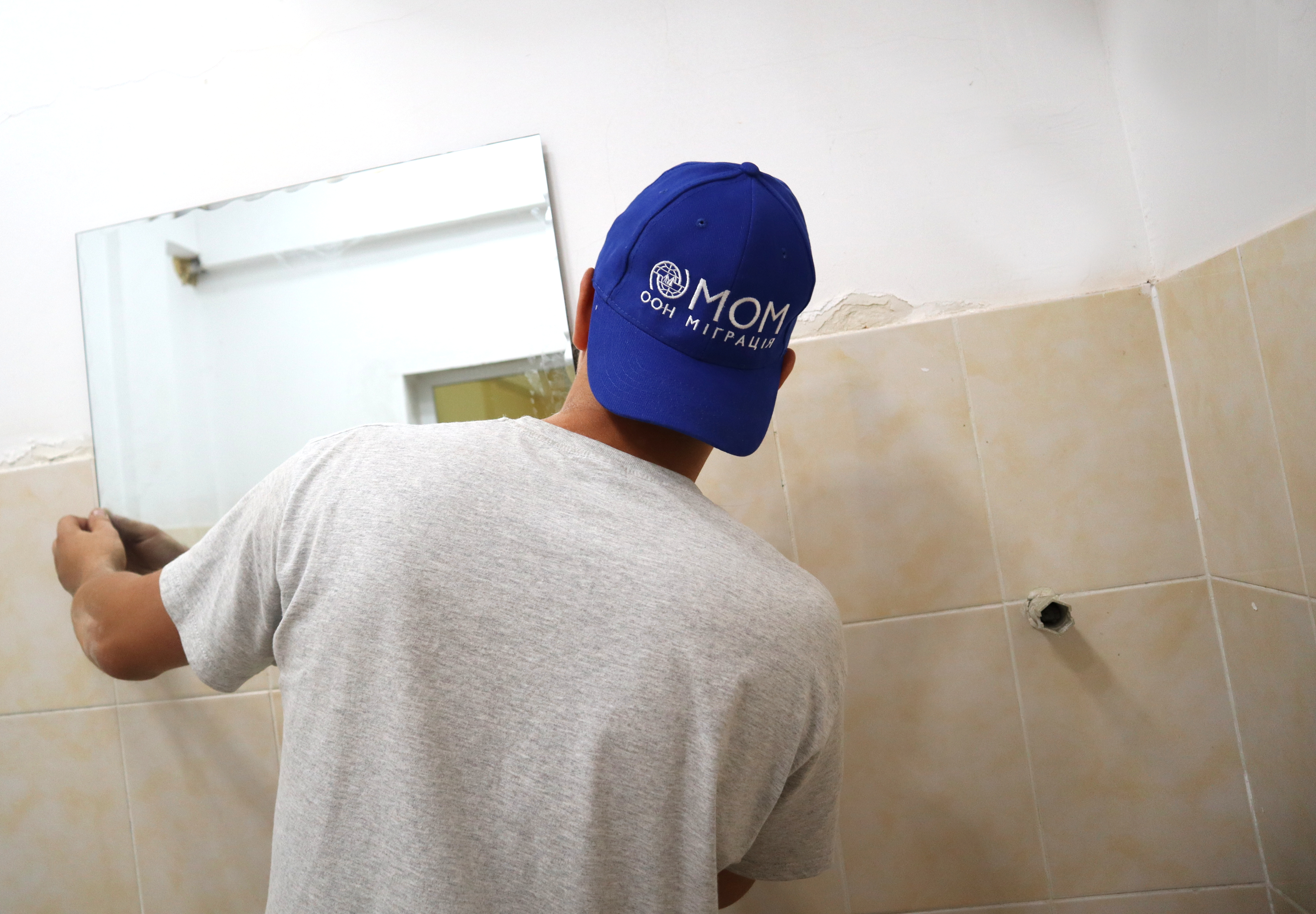 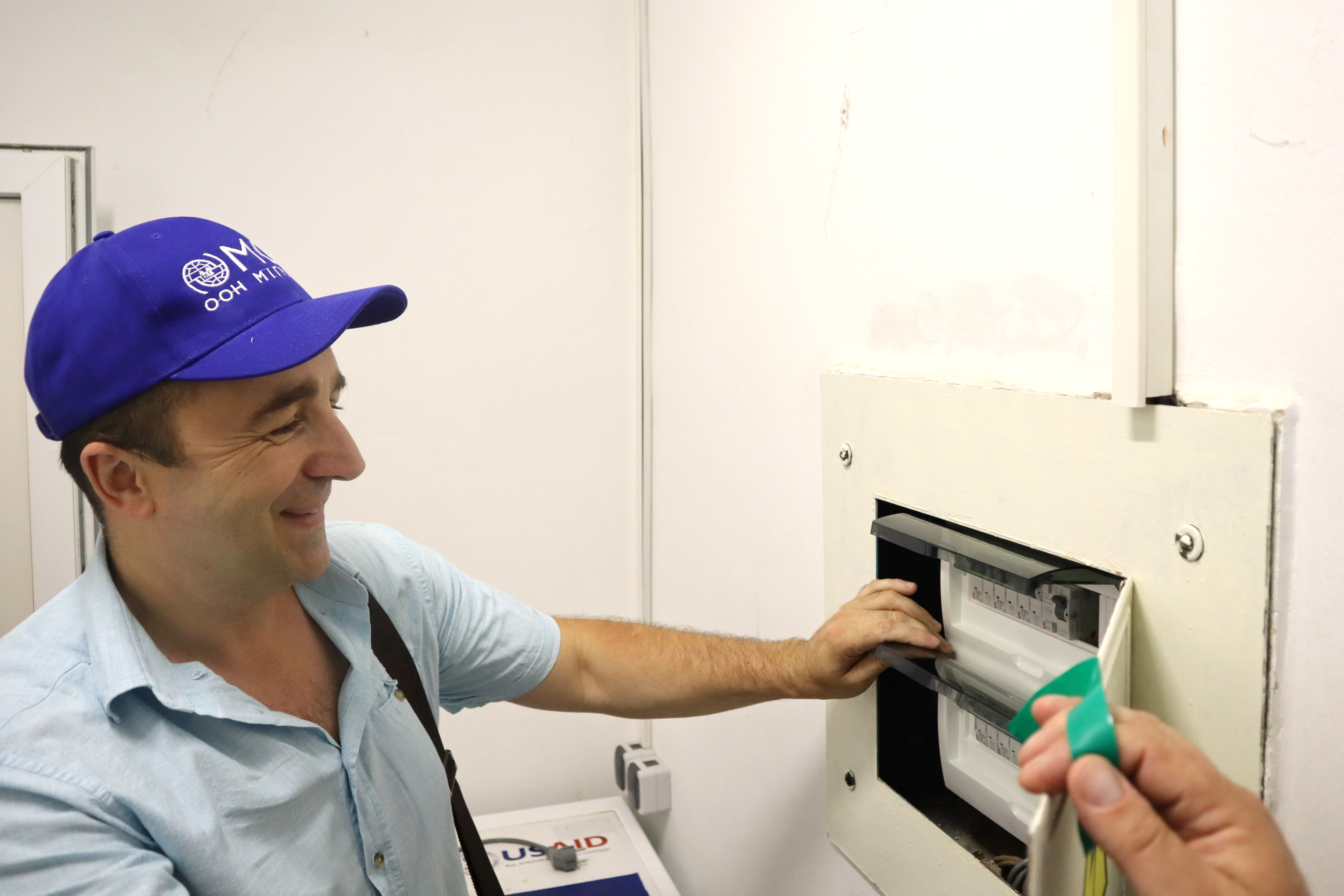 This initiative started with two shelters for internally displaced people arranged in the two buildings of the Lviv Polytechnic University in Stryi Park. Approximately 350 IDPs are living here, of whom 80 per cent, according to the administration, lost almost all their property and will have nowhere to return after military actions stop. 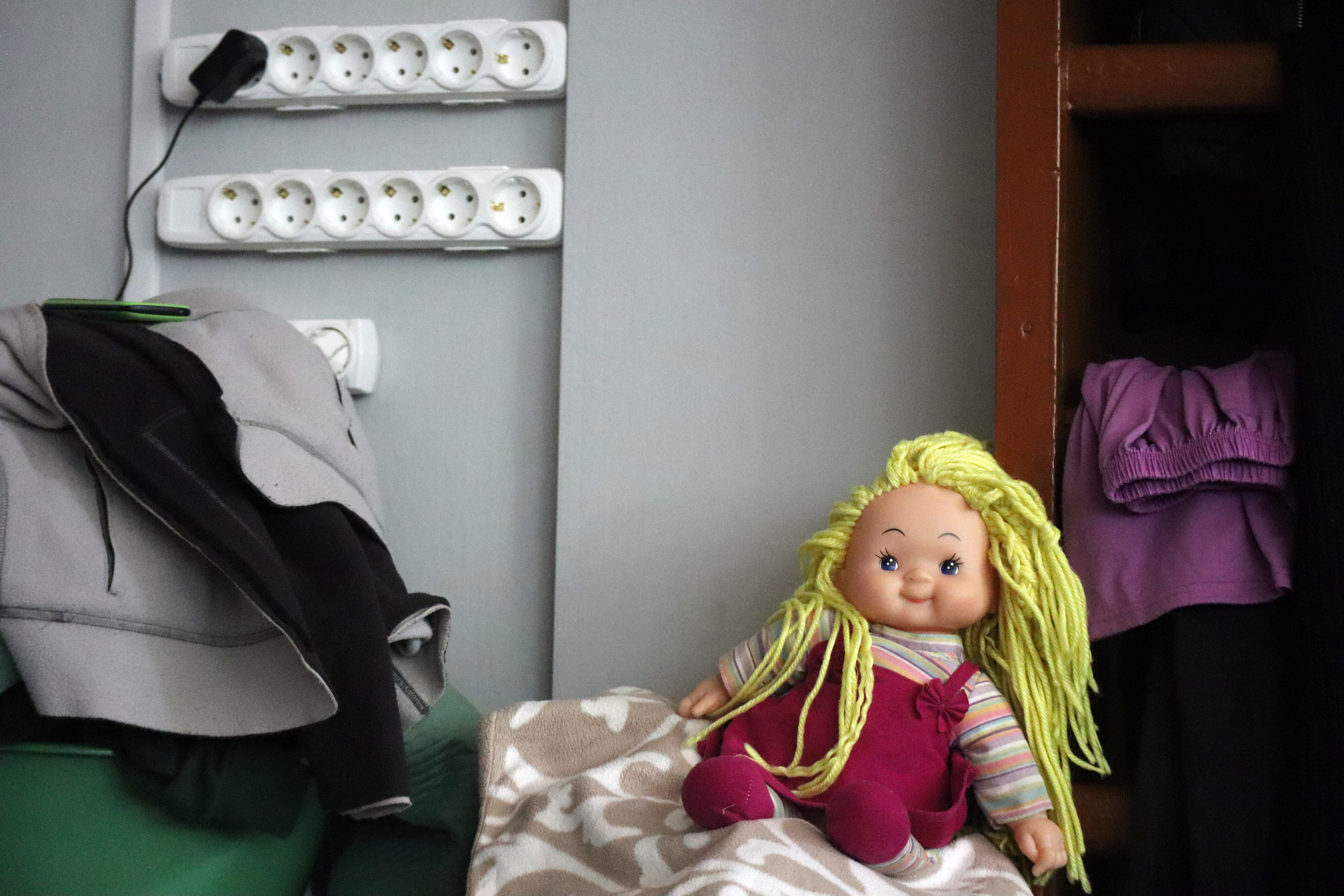 During a week, IOM mobile team installed additional sockets, so now there is one socket for two or three people; fixed electrical equipment to prevent fire; replaced and repaired sanitary ware and repaired sewage; installed ventilation in sports halls, toilets, and showers; installed curtains in the showers to ensure privacy; fixed the lighting and hung mirrors near the sinks and in the rooms where people live. 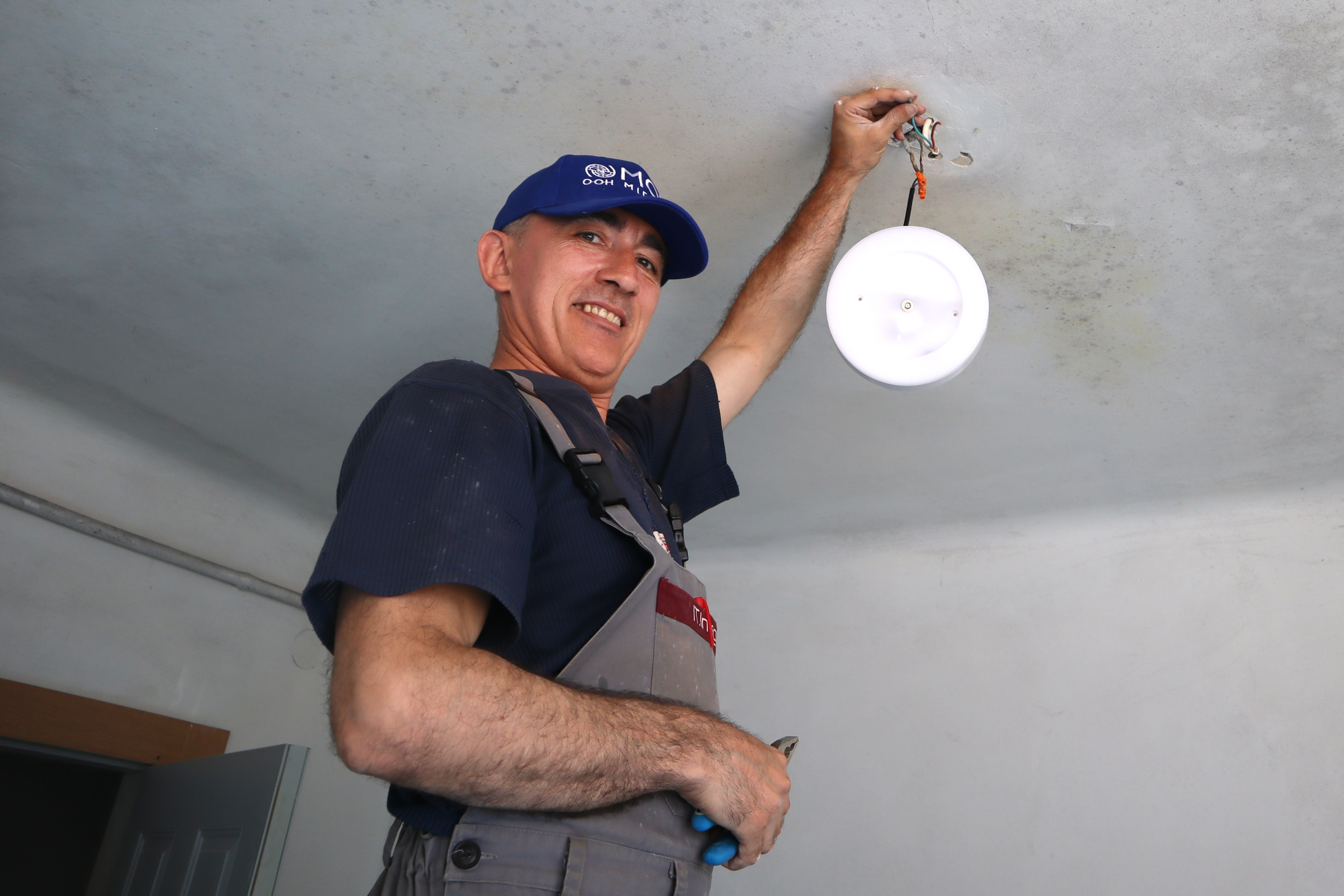 The project is possible due to the generous financial support from the US Agency for International Development USAID, the German Federal Foreign Office and the European Union.