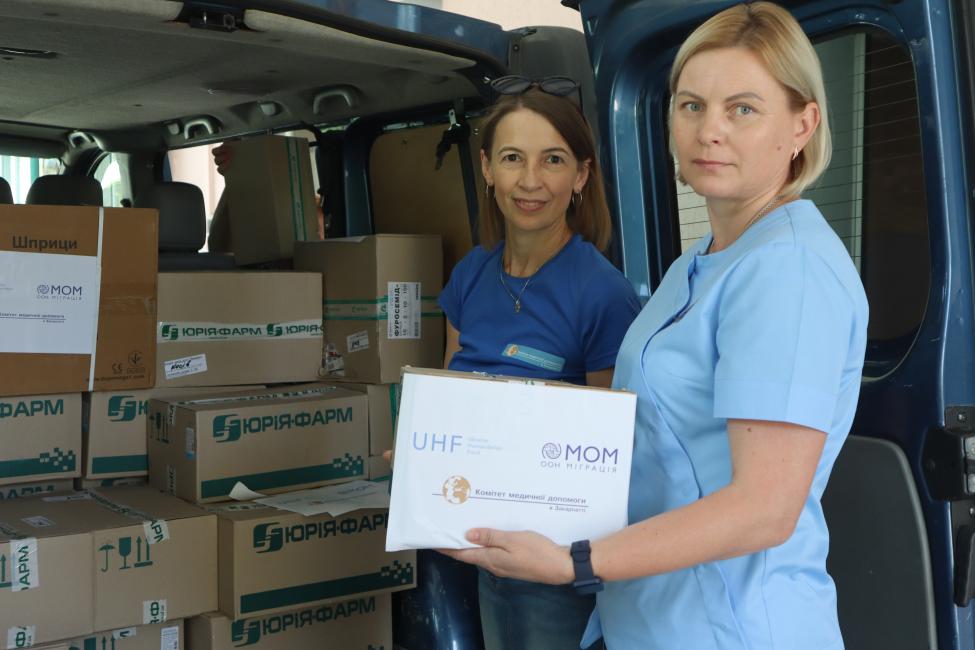 The International Organization of Migration (IOM) is scaling up its emergency health response in Ukraine by providing life-saving medical supplies to health-care facilities in both war-affected regions and those hosting large numbers of displaced persons.

In partnership with the NGO “Medical Aid Committee in Zakarpattia", IOM delivered more than half a tonne of medicines and medical consumables to the central hospital in the town of Kosiv, located in the mountainous area in Ivano-Frankivsk Region. This assistance, funded by the Ukraine Humanitarian Fund (UHF), included the most prescribed and the fastest-used medications, such as antibiotics, rapid painkillers, and items used for the treatment of common diseases. 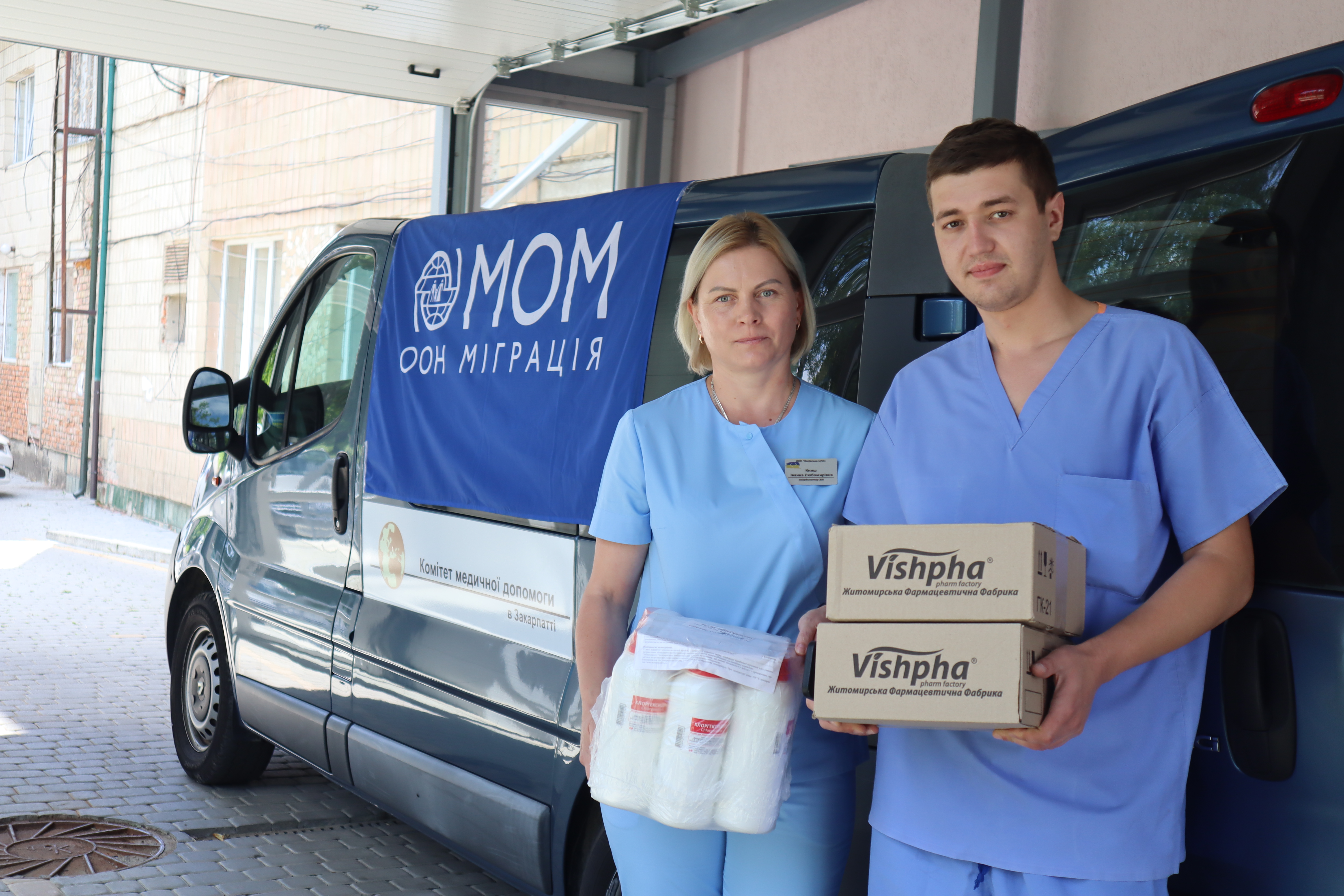 The Kosiv Central Hospital was the first one to receive aid which will be further provided to another four facilities in Dnipropetrovsk, Zhytomyr and Chernihiv regions.

Since the start of the full-scale war in February, the hospital in Kosiv provided outpatient treatment to over 3,600 displaced persons who found a temporary home in the local community. Moreover, the hospital offered employment to three doctors who were displaced from the worst-hit areas, including Kharkiv Region and Kyiv’s suburbs. The facility also serves as a maternity centre where 19 displaced children were born during the last five months.

“With the arrival of displaced people, we had to accumulate all resources to extend our services. This assistance covers our needs in medicines and consumables for up to two months. As we might witness another wave of the COVID-19, it is vital to be prepared in advance, especially when the number of our patients has significantly increased,” said Dmytro Mykytiuk, the head of the hospital.
In addition to the on-site consultations and treatment, this facility also oversees several collective centres for IDPs, located in the community that includes over 40 settlements. 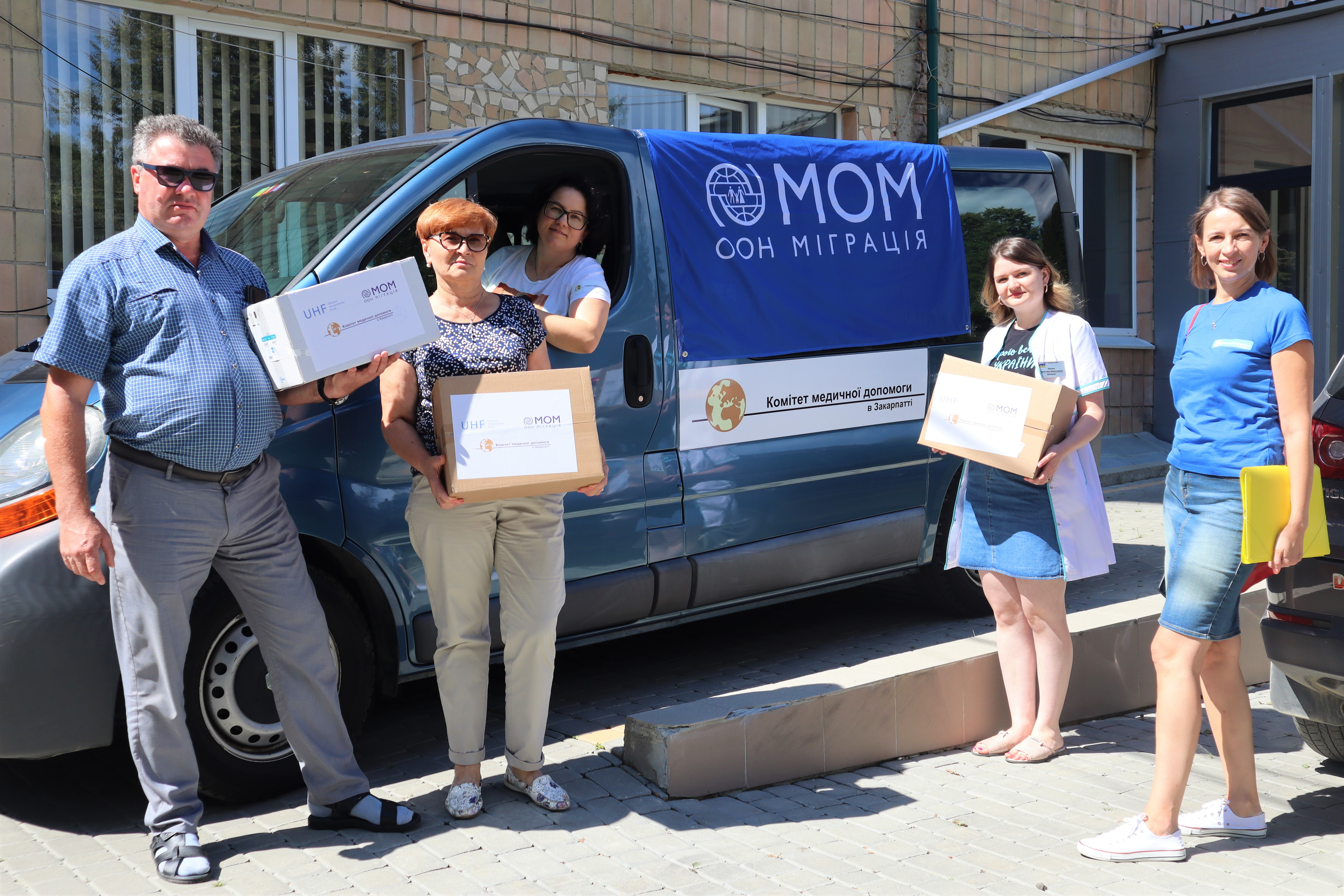 In addition to the on-site consultations and treatment, this facility also oversees several collective centres for IDPs, located in the community that includes over 40 settlements.

“The health-care system in Ukraine has been impacted by the war which made the needs much higher in many communities. By replenishing medical supplies of the primary health care providers, we are preventing any shortages that these facilities might face in the context of the large-scale displacement in Ukraine,” noted Tetiana Hoidash, the Medical Coordinator at the “Medical Aid Committee in Zakarpattia". 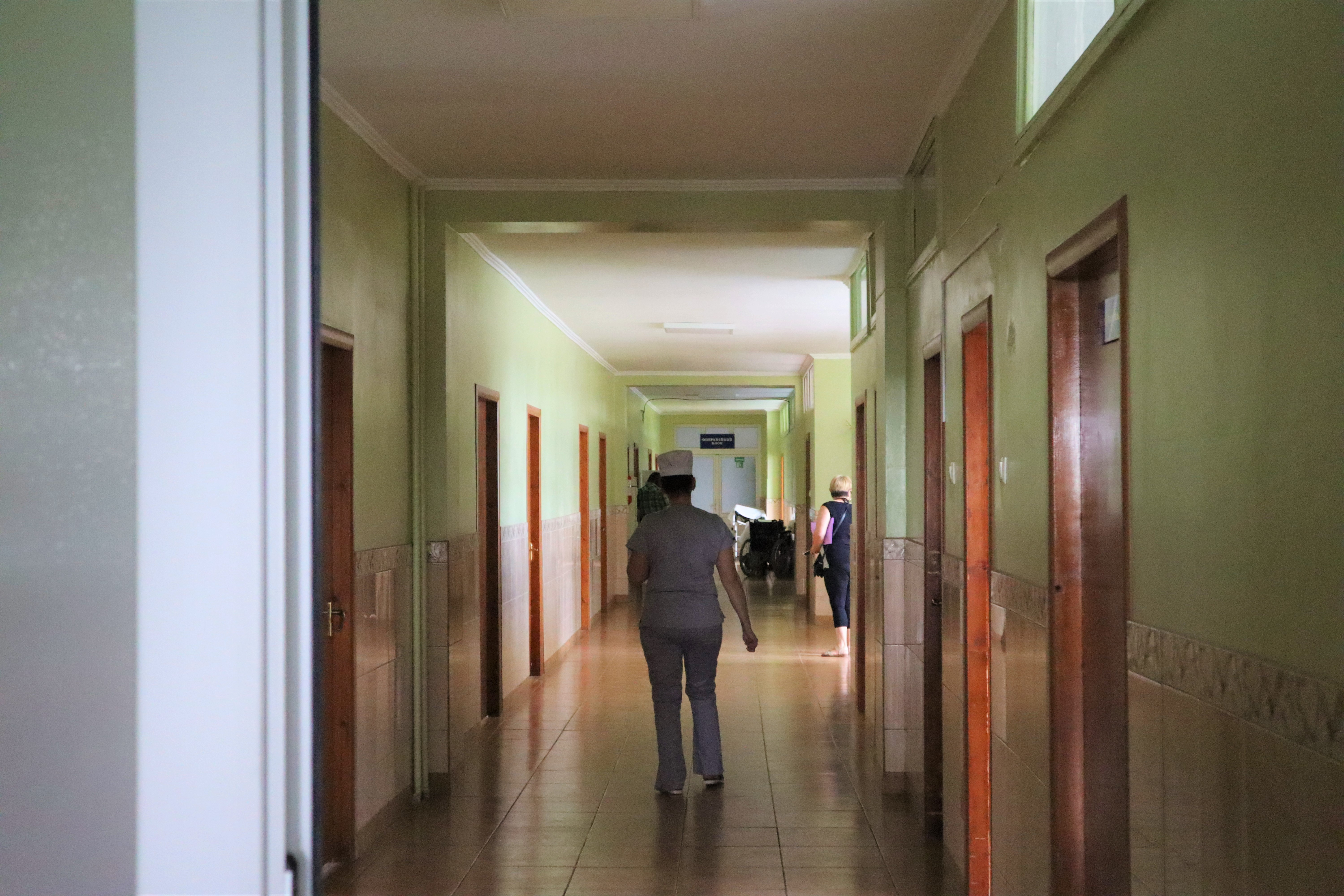 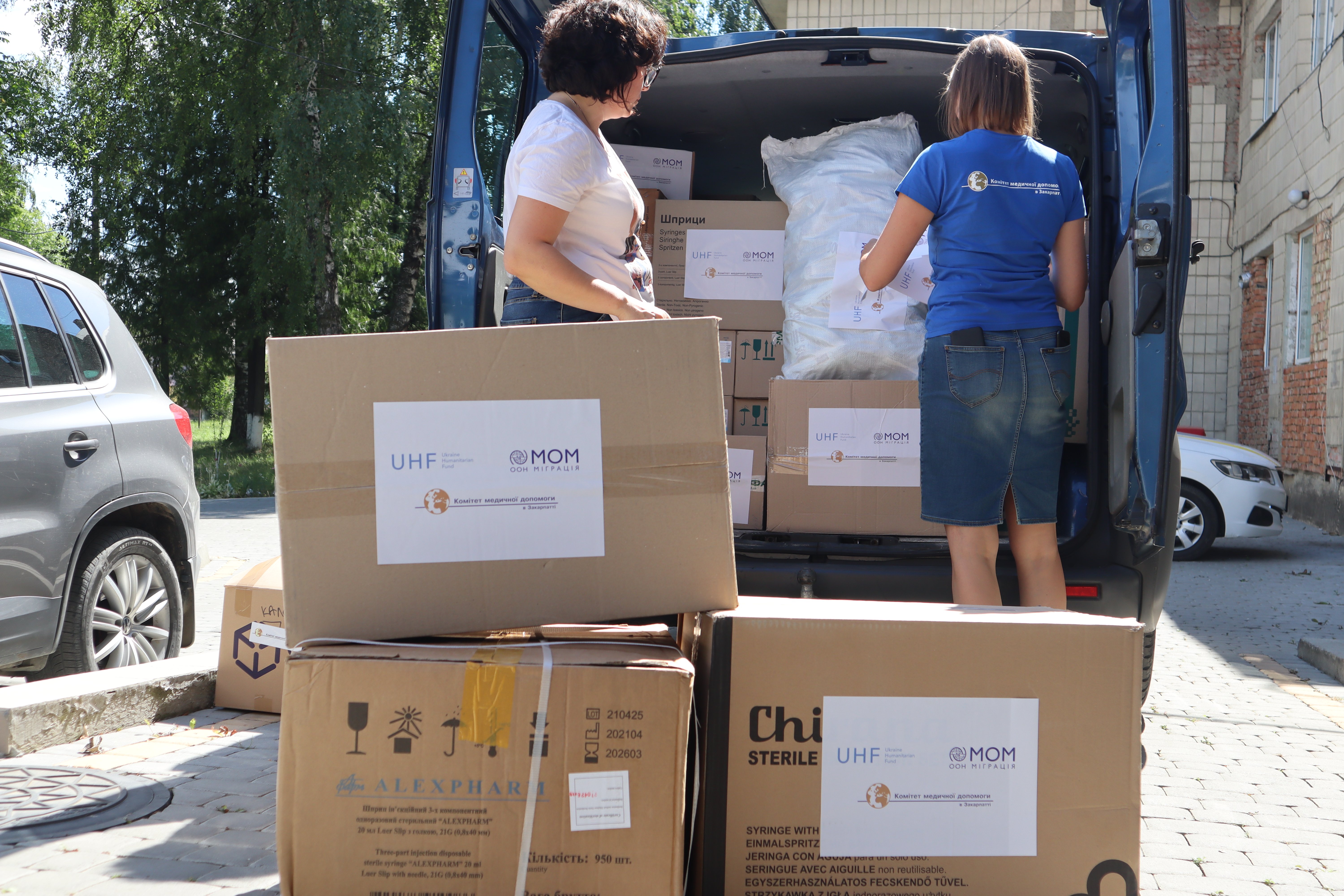 Through this project, IOM also aims to ensure continuity of care for persons with disabilities, patients with noncommunicable diseases and those living with HIV and Tuberculosis during the war.