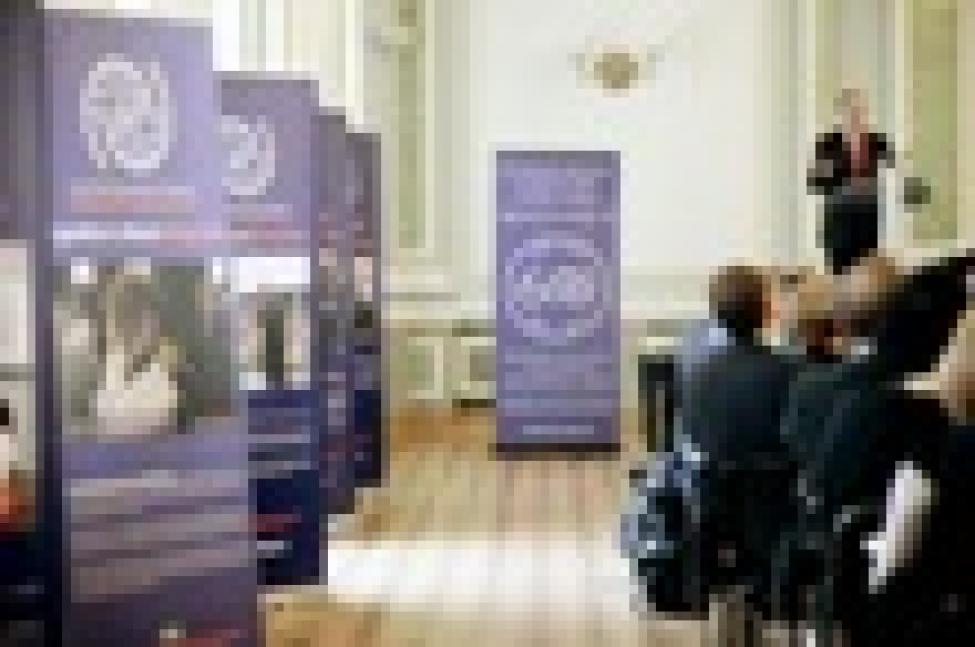 Senior International and Ukrainian experts and policy makers discussed the prospects of economical, social and cultural impact of migration on Ukraine?s future development during the conference, arranged by IOM Ukraine in cooperation with the Foreign Ministry of Ukraine.

?Implementation of a balanced migration policy and Ukraine?s transformation from a transit zone for irregular migration into a modern state that sincerely welcomes and successfully integrates labour migrants is a key factor for Ukraine?s success in the process of European integration in general, and the introduction of the visa-free regime with the EU in particular?, underscored the Minister of Foreign Affairs of Ukraine H.E. Mr. Kostyantyn Gryshchenko in his welcoming address communicated to the conference participants.

?In the future Ukraine will be competing, to a certain extent, with other countries in terms of attracting foreign labour and employing its own citizens. It is therefore of vital importance that Ukraine considers how to manage migration effectively for counteracting the negative affects of demographic decline and promoting sustainable economic growth?, said IOM Ukraine?s Chief of Mission Mr. Manfred Profazi.

IOM welcomes the recent adoption of the State Migration Policy Concept. Having been operating for 60 years globally and marking 15 years of activities in Ukraine, IOM remains eager to assist the Ukrainian State in the execution of the Concept and adopting best international practices of migration management, the discussion of which was among the objectives of today?s Conference ?The Future of Migration in Ukraine?.

According to the World Bank and the State Statistics Committee data, Remittances to Ukraine (5.2 billion USD in 2010) are nearly equivalent to Foreign Direct Investment (5.5 billion USD in 2010) and almost eight times higher than Official Development Assistance (0.667 billion USD in 2009). The Ukrainian economy would have lost about seven per cent of its potential without the stimulating effects of migrants transfers.

?If one sees how much effort is directed at increasing Foreign Direct Investment and international donor support to Ukraine, it is striking how little attention is paid to improve the understanding of remittances, increasing their volume and tapping their potential for development?, added Mr. Profazi.

The Director of the International Agency for Source Country Information, Mr. Nicolaas de Zwager said that circular and long-term migrants seem to represent a largely misunderstood potential resource, one that should be of much greater interest to key stakeholders in government, both in countries of origin and destination. ?This also applies to the financial intermediation industry, which commonly holds a narrow and limiting view of migrants as ?remitters?, rather than potential clients?, underlined Mr. de Zwager.

The Ambassador of Mexico to Ukraine H.E. Mrs. Berenice Rend?n-Talavera shared her country?s experience on the subject. Mexico is among the leading countries in attracting migrants? remittances. In order to maximize their development impact, the Mexican government has created specific programmes aiming, inter alia, to reduce the transfer costs and link remittances with investments in productive projects, business opportunities and credits for housing in Mexico. ?We would like to present our experience to Ukraine for future study in their efforts to enhance the economic gains of its own migration?, said Ambassador Rend?n.