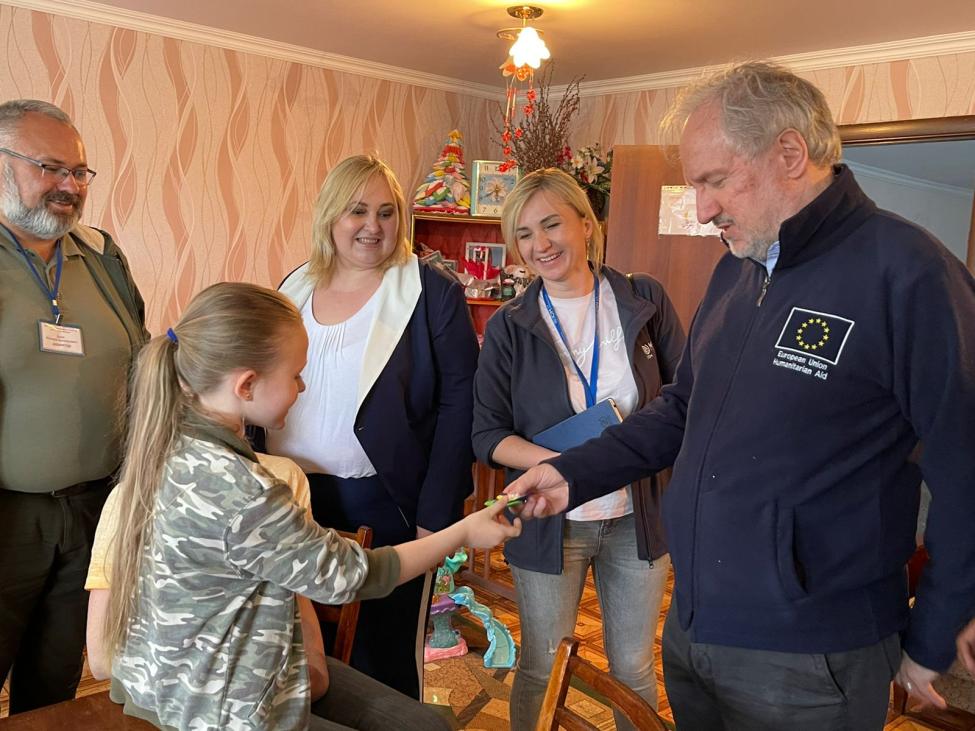 Amidst the deepening humanitarian crisis caused by the war in Ukraine, the International Organization for Migration (IOM), Mission in Ukraine, and the European Union are scaling up their assistance to support displaced Ukrainians. During almost three months of the war, over 8 million people have been displaced within Ukraine, in addition to millions of people who fled to other countries. These internally displaced persons have found safety in temporary homes, including urgently set up collective centres across the country.

With donors’ support, including EU humanitarian funding, IOM has begun installing water treatment units in these facilities to improve the quality of drinking water and ensure better hygienic conditions for displaced families. This initiative has been piloted in one of the largest accommodation centres for displaced persons in the city of Vinnytsia, opened in a local vocational school, which now hosts up to 250 residents. Producing 2,000 litres of safe drinking water daily, the unit helps to mitigate the risks of diseases associated with unsafe drinking water that might break out at the collective centres hosting large numbers of people. 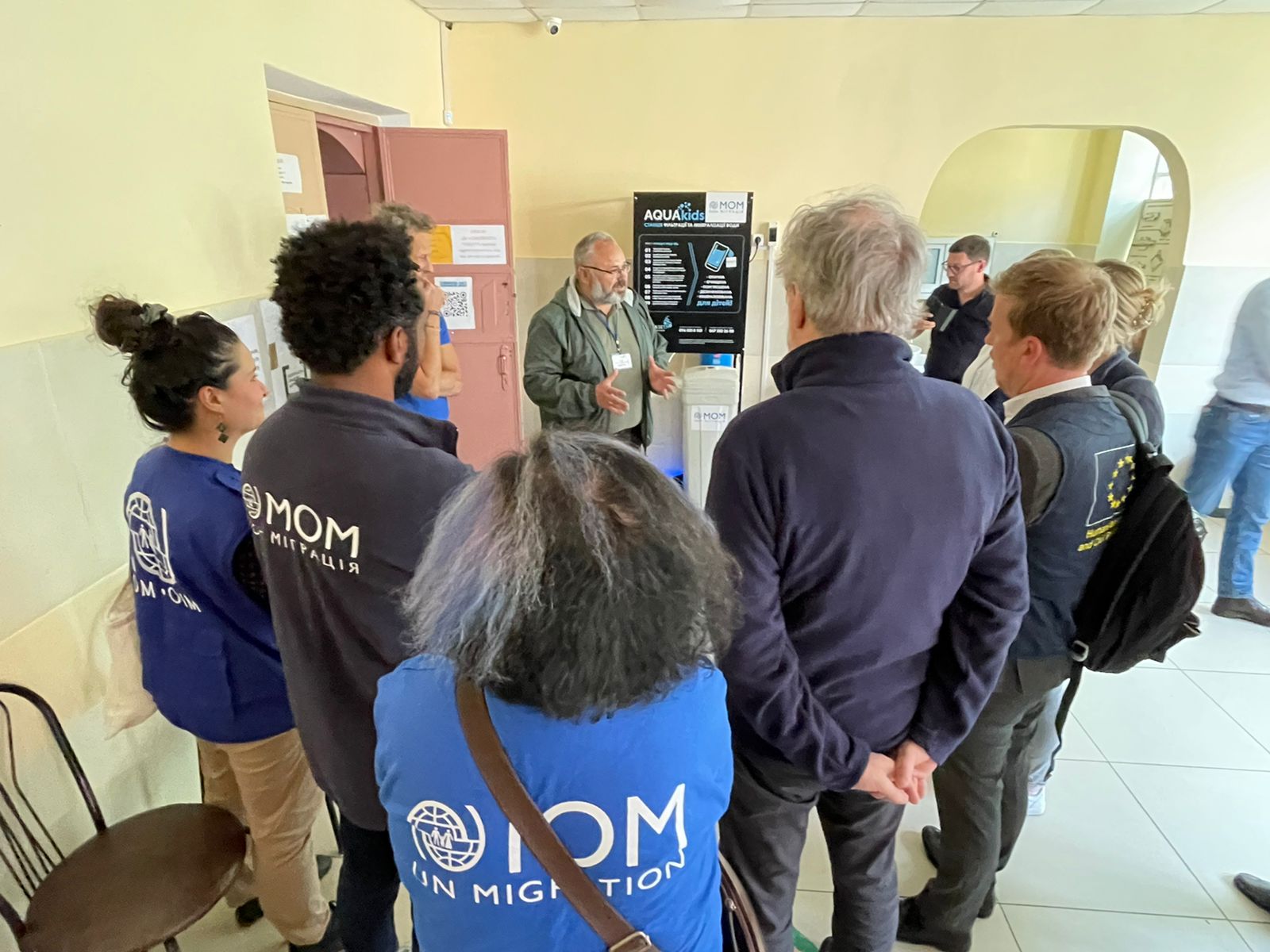 According to the recent IOM nationwide survey, Vinnytsia Region remains one of the top five oblasts with the highest number of displaced people in Ukraine, which exceeds 160,000. To observe the humanitarian needs on the ground, Andreas Papaconstantinou, Director for the Neighbourhood and Middle East at the Directorate-General for European Civil Protection and Humanitarian Aid Operations (DG ECHO), visited IOM-led projects in Vinnytsia and met with displaced Ukrainians, who shared their experience of fleeing the war.

“These people left places where they faced the horrors of war. Now, they are in a safe place, and we are providing them with assistance during this very difficult period. The European Commission is committed to providing support and further scaling up the assistance together with our humanitarian partners,” Andreas Papaconstantinou said during a discussion with war-affected civilians.

In the coming weeks, IOM will install similar water treatment units in 30 collective centres for displaced people in Vinnytsia and the neighbouring Kirovohrad regions. This assistance, combined with light and small-scale repairs, replacement of windows, and equipping the commons rooms, aims to create comfortable and dignified living conditions for people who are facing protracted displacement.

“Access to high-quality drinking water is vital, especially in places that host large numbers of displaced people. IOM is supporting the country’s economy by considering local suppliers in its interventions. The water treatment systems have been locally sourced from a private company and use cutting-edge technology to improve the quality of water,” said Teshager Tefera, IOM Water, Sanitation and Hygiene Programme Manager.

With financial support from the EU and other donors, IOM was able to set up a vast pipeline of in-kind assistance that is reaching displaced and war-affected people in all regions of Ukraine around the clock. Since the start of the war, over 316,000 non-food items, such as hygiene kits, kitchen sets, water containers, mattresses and blankets were delivered to people in need thanks to IOM’s network of humanitarian hubs and through implementing partners on the ground.