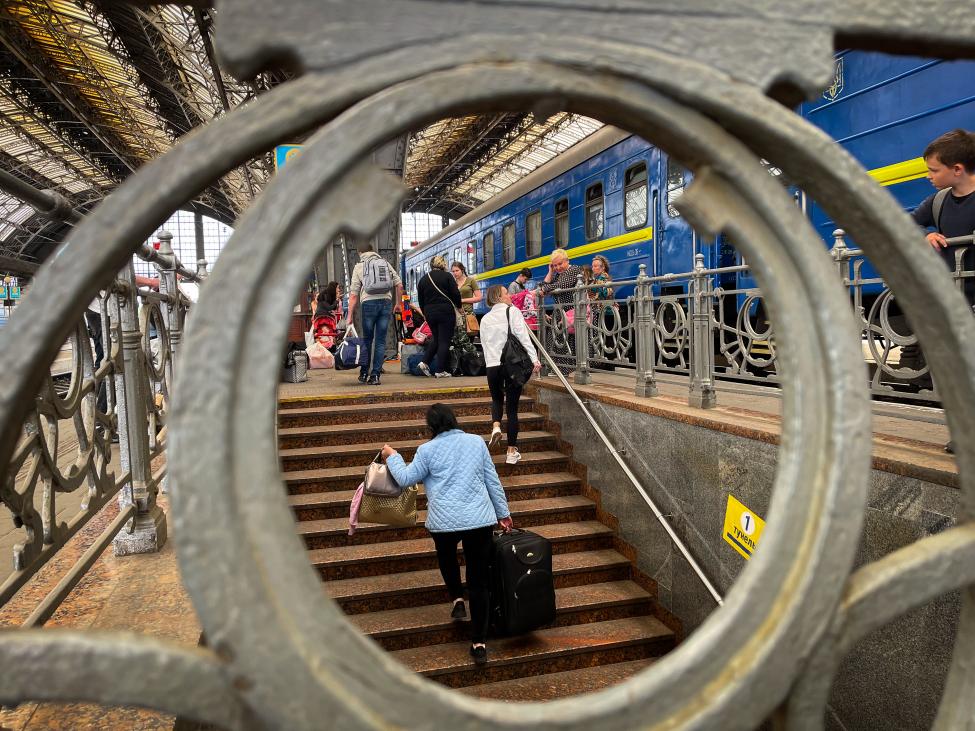 In the first three weeks of May, the number of people internally displaced by the war in Ukraine decreased to 7 million, according to the International Organization for Migration (IOM) latest report. These estimates went down by 11 per cent, compared to 3 May, and represent a first-ever reduction in the number of displaced persons since the start of hostilities on 24 February.

The new assessment revealed a continuous upward trend in the number of people returning to home regions after being displaced, with estimates reaching almost 4.5 million persons, as of 23 May. The most significant scale of returns was registered in the northern regions (1.7 million) and in Kyiv (941,000). Following the retaking of these territories under control of Ukrainian Government, people are mostly returning to large cities and their suburbs (59 per cent) while only 17 per cent went back to rural areas.

While two-thirds of those who returned home from other locations in Ukraine intend to stay in their places of residence, more than a third of them indicated that they still felt unsafe, and 9 per cent were ready to leave again due to the war. As many people return home to the regions that saw intense fighting, their needs for shelter repairs become increasingly urgent. Over a third of responders in central regions of Ukraine and 21 per cent of returnees in the north reported being in need of reconstruction materials.

Conducted between 17 and 23 May, the survey also confirmed a severe livelihood crisis among displaced Ukrainians. As the war has reached a grave milestone of 100 days, 64 per cent of people who were employed before displacement have lost their jobs now. Every fifth displaced person reported having no income. Due to a lack or significant decrease in income, the largest number of displaced (over 77 per cent) prioritize cash assistance in order to meet their most pressing needs in accessing goods and services.

Through its flagship data collection tool, Displacement Tracking Matrix (DTM), IOM gathers and analyzes data on the mobility and vulnerabilities of displaced persons in Ukraine to ensure that assistance provided to affected populations is responsive to their needs.

Since 24 February, 475,000 Ukrainians have received direct assistance from IOM in Ukraine, including food, non-food and hygiene items, cash, mental health and psychosocial support, or benefitted from information campaigns to help prevent human trafficking and sexual exploitation and abuse.