Aid from Canada Reaches Displaced and War-Affected People in Ukraine 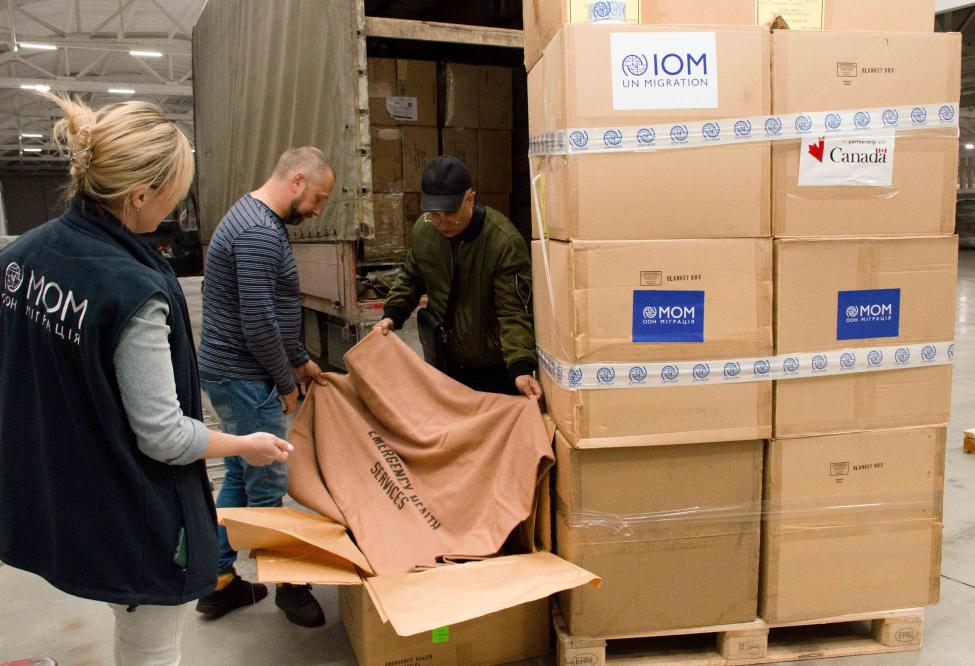 The International Organization for Migration (IOM) facilitated the delivery of a large donation from the Government of Canada to Poltava and Kirovohrad regions to support people fleeing the war in Ukraine. These regions received over 19,000 and 13,000 blankets, respectively.

“In some areas of Poltava Region, the share of newly-arrived internally displaced persons (IDPs) is equal to 20 per cent of local population. Also, people who previously left for safer regions start returning now. While the authorities, volunteers, businesses and people joined their forces to address the needs, support from international organizations is also crucial,” said the Head of Poltava Region Council, Oleksandr Bilenkyi. “Communities face challenges in provision of accommodation and food for IDPs. The war has negatively affected communities’ income, there are also challenges with logistics, as the seaports have been blocked and railway connection have been also affected,” he explained.

Last week, IOM also handed over 1,200 Canadian blankets and 2,400 towels to the Orthodox Church of Ukraine which will further distribute these among vulnerable IDPs and returnees in northern and eastern parts of the country. 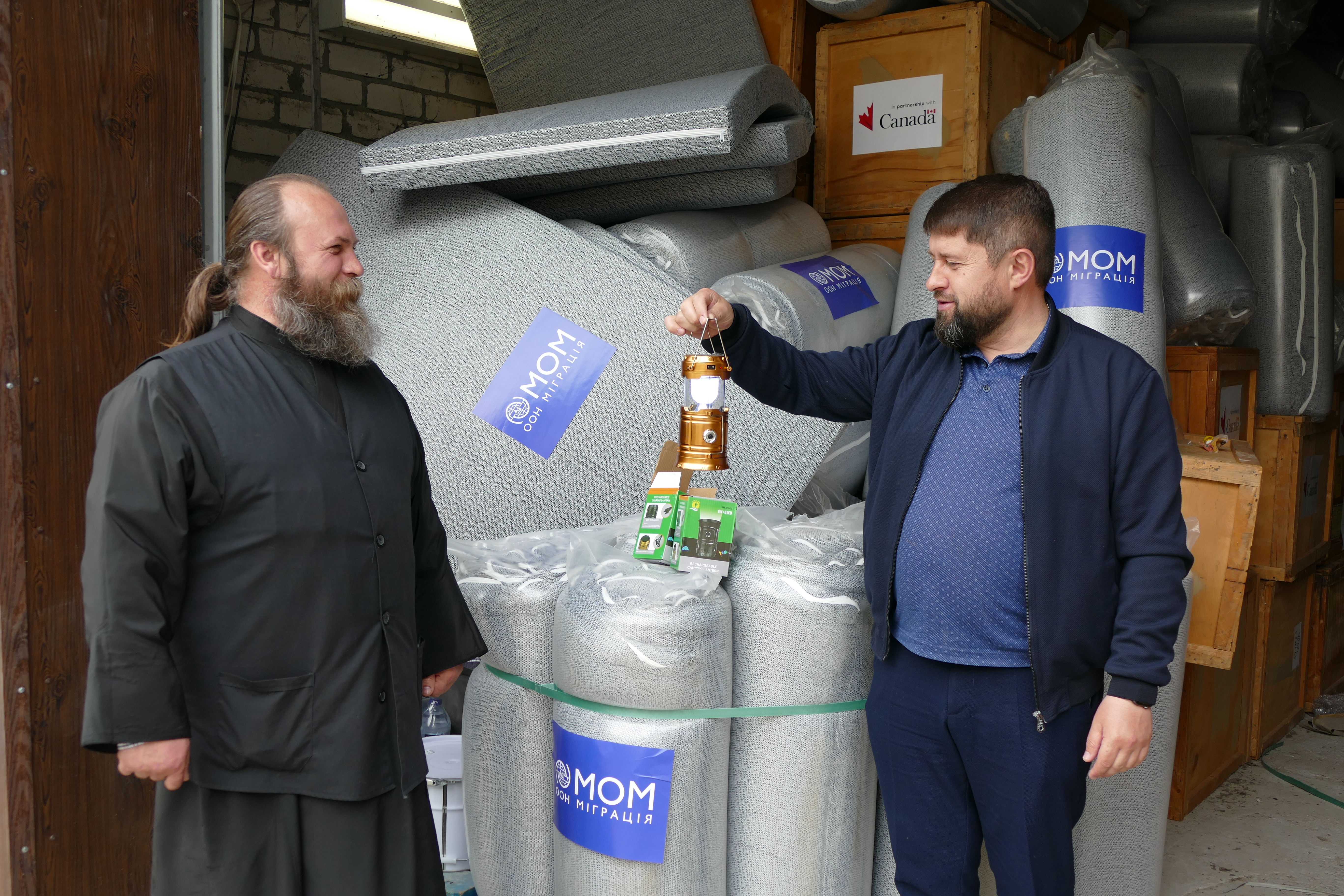 In total, the Government of Canada has shipped over 350,000 non-food items to Ukraine. Mattresses, towels, blankets, and cots will be distributed responding to pressing humanitarian needs of displaced people and host communities in different parts of the country.

"I would like to express my deepest gratitude to the Government and people of Canada for this generous and timely donation that will increase our ability to urgently respond to the growing needs of Ukrainians," said IOM Ukraine Chief of Mission, Anh Nguyen.