Entrepreneur's Day is celebrated in Ukraine on 4 September. This year, it is an opportunity to acknowledge not only the importance of business in the development and strengthening of the national economy, but also to admire the courage and resilience of entrepreneurs in the face of challenges caused by the full-scale war. The International Organization for Migration (IOM) promotes the economic adaptation and recovery of micro and small enterprises that have suffered from numerous crises in Ukraine. The IOM project, funded by the German Government, provides grant support, as well as consulting services and training for business recovery. Today we introduce to you the recipients of the grants and hope that their stories will inspire other entrepreneurs who have suffered significant losses as a result of the war.

Networking and knitting save the future

The founders of the Rubizhne Hosiery Factory, brothers Oleh and Hennadii Misiurenko, first thought about business relocation back in 2014 when the war was very close to their town. Despite the proximity to the contact line, this Luhansk Region enterprise continued to work, however, as market sales losses continued in Luhansk and Donetsk regions, the company was pushed to consider how to enter the all-Ukraine market. Its cooperation with the well-known Lviv brand Dodo Socks helped to find new customers both in Ukraine and in the EU countries.

A few weeks before the full-scale war in February 2022, the factory purchased expensive Italian equipment on credit and won an international grant to launch a new product line for export. In the blink of an eye, they were forced to relocate their employees and production facilities to Lviv.

The reality was worse than expected, however, as the factory in Rubizhne was destroyed by shelling. The damages amounted to USD 7 million. 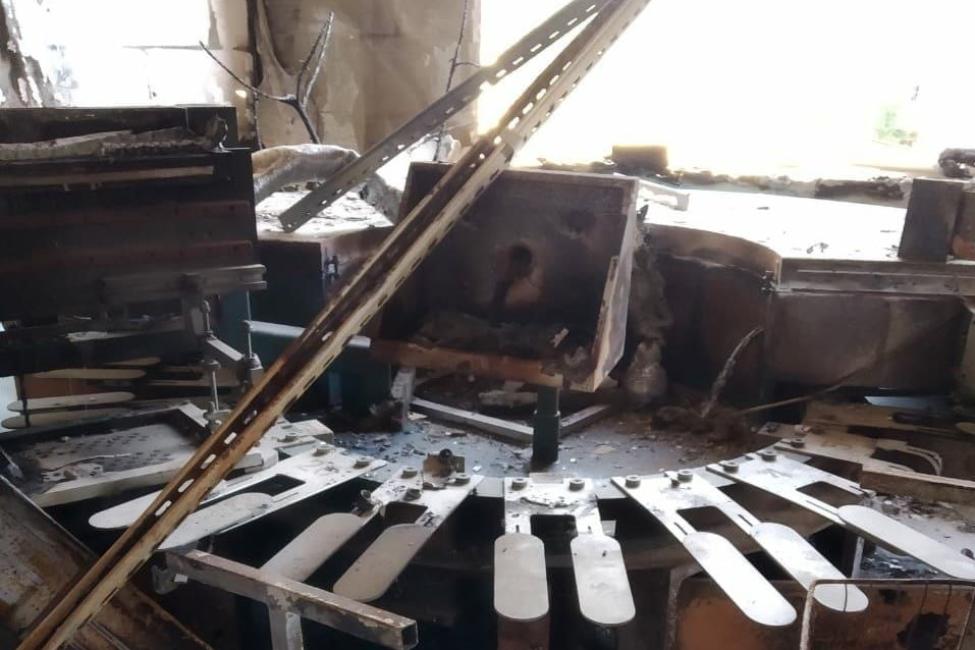 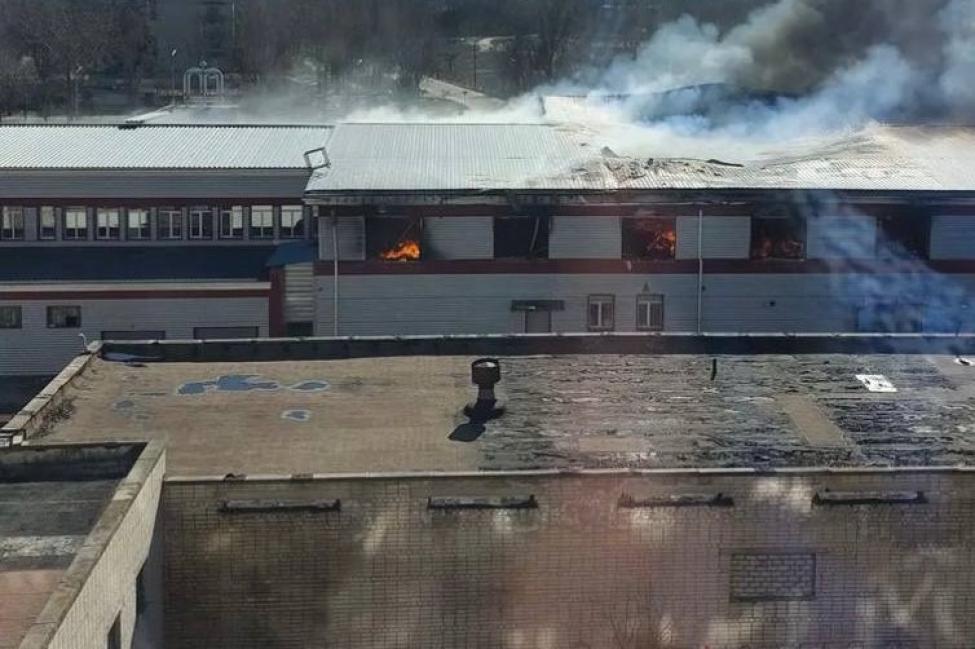 What did not burn, was looted. Only some remnants of goods and raw materials were left. But the most important asset — the people — survived. The company’s partners from Kharkiv and Odesa closed their stores and returned the goods to the manufacturer. The factory also received 10 tonnes of coloured threads which were ordered before the war. The company began to sell some of the threads off in order to set up new production 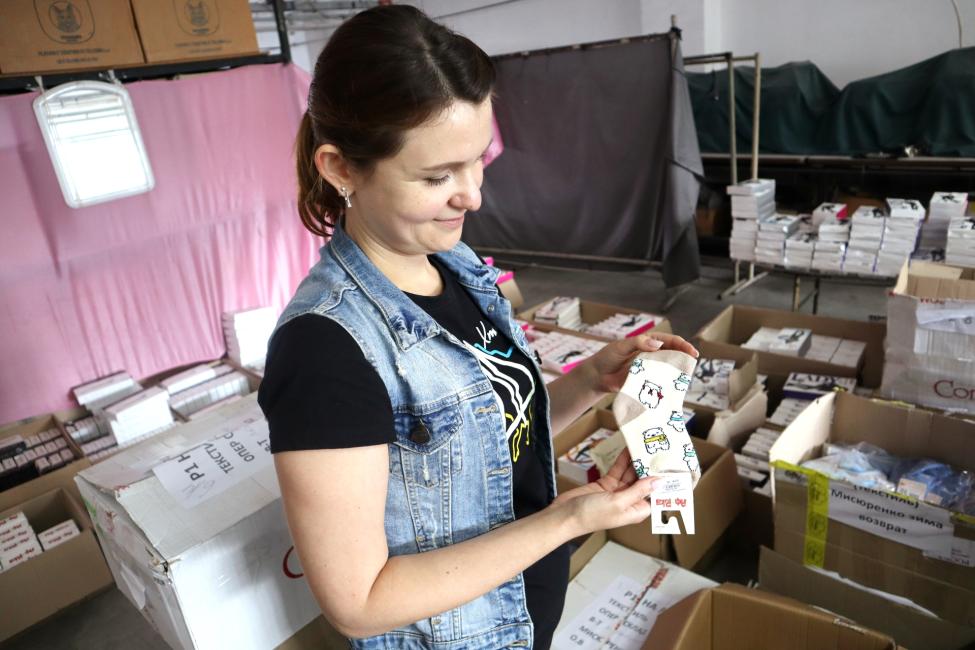 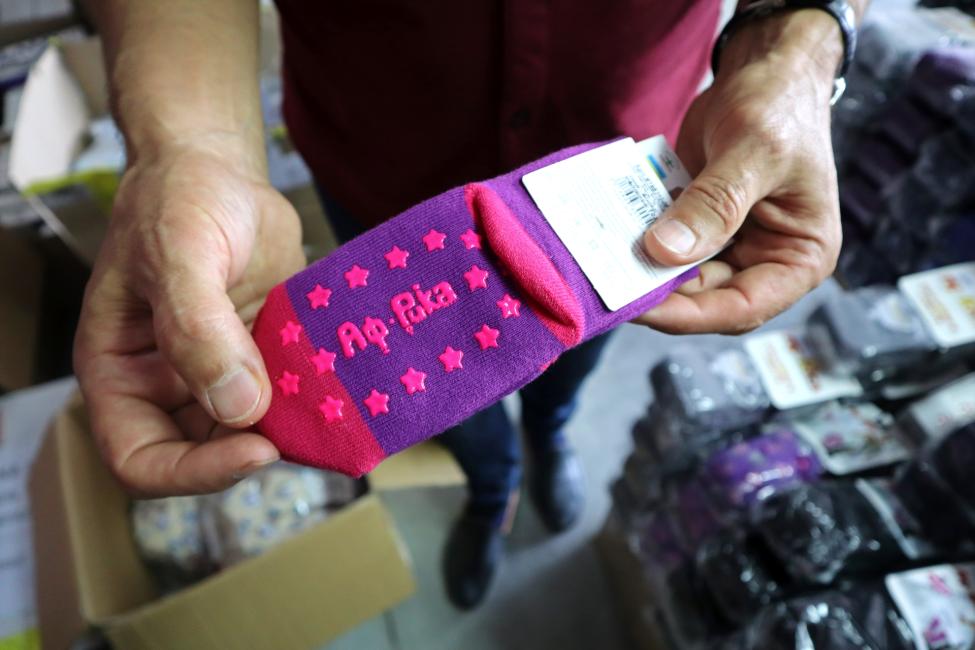 The company produced goods for women, children and men and had owned four brands. They made anti-slip socks for babies, however, the machine for the anti-slip effect burned down during the shelling. Photo: IOM/Tetiana Astakhova

The story of the Rubizhne Hosiery Factory is a vivid example of how people from the East and West of the country support each other both in prosperity and in hardship. The Lviv partners provided the relocated staff with housing and offered an interest-free loan for the purchase of low-cost sewing machines. Now, with a grant for relocated businesses from IOM, the company can also purchase two more Italian sewing machines for the production of high-quality socks. 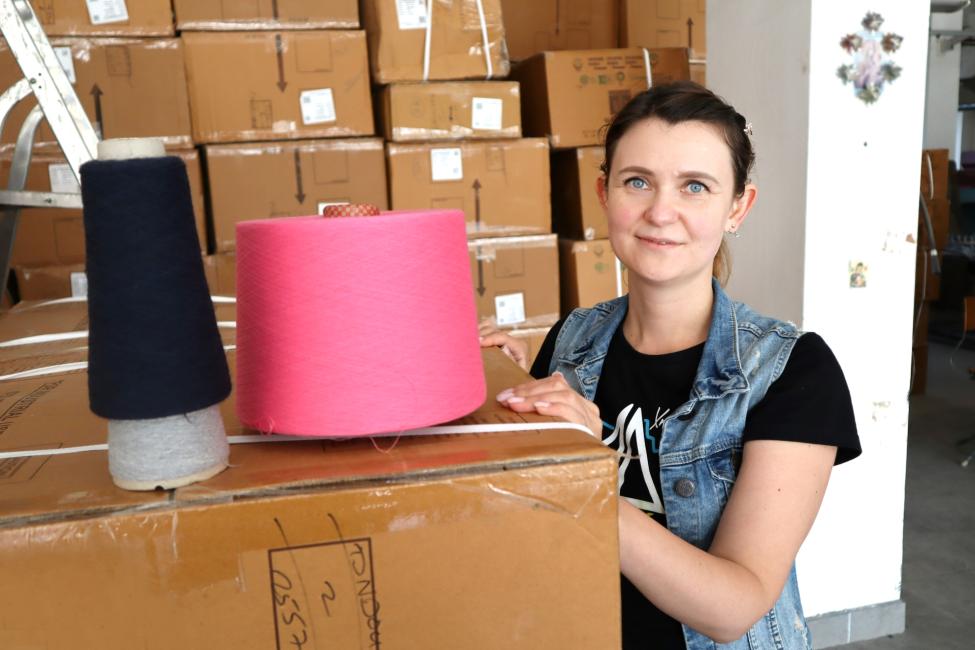 "We have little left, but the most important things are our team, our skills and experience. No one can take this away from us," says Olha Ushakova, Commercial Promotion Director of the Rubizhne Hosiery Factory.

We heard the same words from Victoria Maslova, an entrepreneur who, together with her mother Inna Skarzhynska, founded a family business in Bucha – the VESNA (“Spring”) skin care cosmetics brand. They had planned to enter the international market in 2022, and on 23 February they had finalized their offer with Amazon, however, the full-scale war destroyed their business. On 24 February, Victoria and Inna fled from the shelling, saving themselves and their children. They asked their neighbours to hand over the remaining cosmetics and food from their eco-shop in Bucha to the people who were hiding in the shelters. During the occupation, the shop and the factory with the equipment were badly damaged and looted.

Ukrainian authorities regained control over Bucha in April, but with water shortage and power outages, it was impossible to revive production. It was also emotionally difficult as information about shocking killings and torture of civilians emerged. Victoria and Inna were horrified to recognize their acquaintances and regular clients among the victims of atrocities.

By 24 February, the brand already had shops in western Ukraine and was also selling products through a network of partner stores so the women decided to relocate production to Lviv. They found premises, secured an open-ended loan for equipment, and repaired and transported everything they could from Bucha.

The premises for cosmetics production must meet certain standards and requirements. For Viktoria and Inna this means they have a need for additional repairs and fundraising. That is why they plan to spend the grant from IOM to purchase their own premises, undergo additional certifications and manufacture products for export to the EU member states. 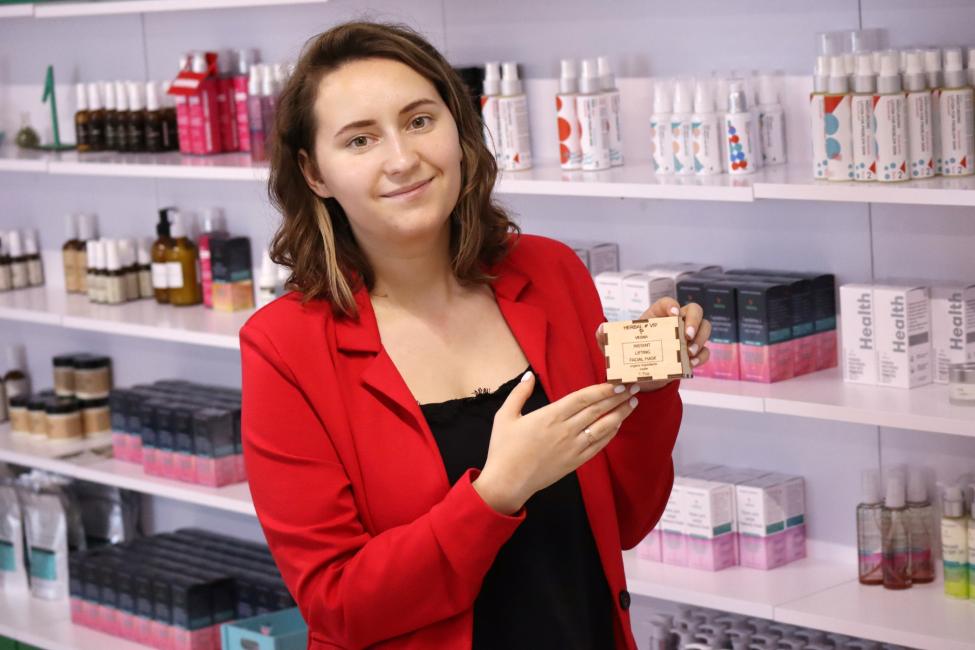 "We want to prove that a Ukrainian product has a good quality. Our cosmetics are no worse than Italian or French. This is a competitive product on the western market," says Victoria Maslova.

The project "SME Boost: Economic Integration of Internally Displaced Persons and Business Recovery" (December 2021-May 2024) is funded by the German Federal Ministry for Economic Cooperation and Development (BMZ) through the German Development Bank (KfW). Within the project, more than 700 enterprises will receive grants between EUR 4,500 to 20,000. Additionally, the project engages the diaspora to support the recovery of the country and of enterprises through skills development, business support, and access to finance, networks and markets.