In the northernmost regional centre of Chernihiv, the local entrepreneur Artem is in a hurry with the repair works across the area before winter – off season for the construction business. His small team of 14 people is working as a roofing and fencing contractor, rehabilitating damaged houses left after months of war. People use the lull before the onset of the cold weather to recover after the siege and massive destruction that turned Chernihiv into one of the most affected areas in Ukraine.

“In some suburbs and villages, 80 per cent of houses are damaged or destroyed. Slowly, people are restoring on their own or with the help of charitable funds, but it’s hard to say whether they will be ready for winter," explains Artem. 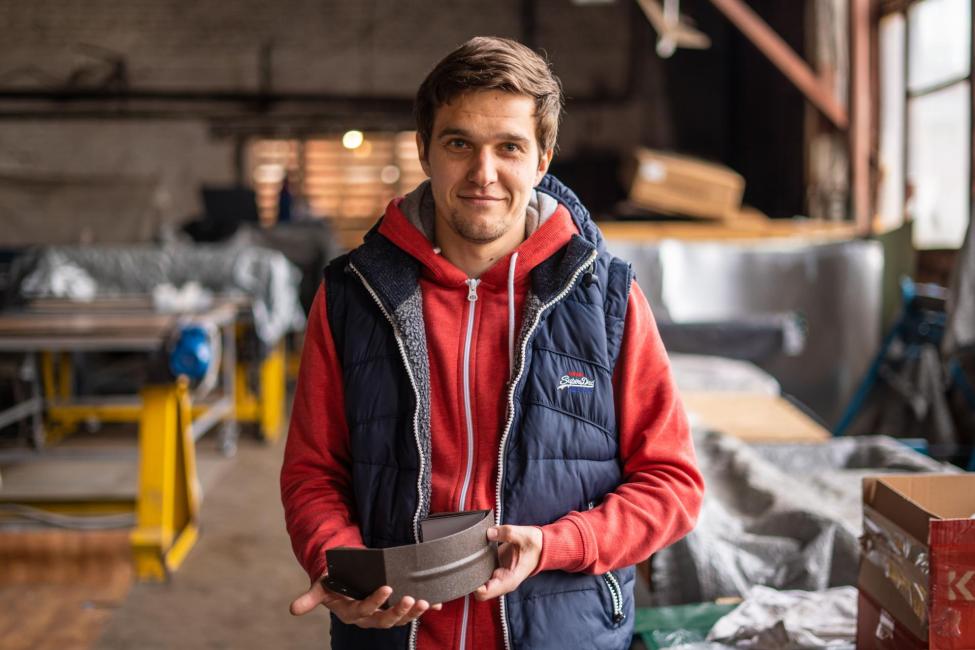 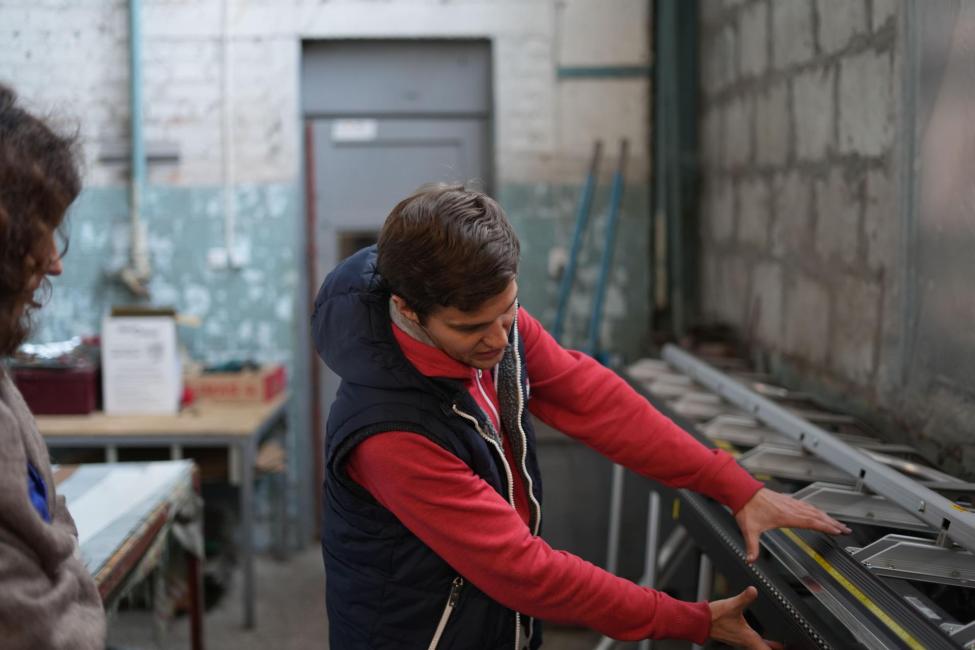 Artem at his production facility in Chernihiv. Photo: IOM/Jorge Galindo

The homes of the two of his workers were also destroyed back in March, so Artem decided not to lay off anyone, hoping to reach the level of pre-war income eventually. Now, there are no orders for construction of new houses, but many for rehabilitation of damaged ones. And as some people have no money for proper rehabilitation, they only bought tarpaulins and plywood to cover holes in houses and broken windows, preparing for harsh winter months.

Weeks have passed since the last missile strikes hit Chernihiv, although border settlements are still under chaotic fire from the Russian Federation and Belarus.

“Back in March, we lived one day at a time. Chernihiv was surrounded and blocked. The locals hoped for green evacuation corridors, but in vain. The railway did not run, so you could flee only by car or by bus at your own risks, when fighting was going on a kilometre away,” recalls Artem who spent three weeks with his wife and three-year-old child in a basement. At the peak moment, the bridge across the Desna river connecting the city with the capital Kyiv was bombed by Russian troops, cutting people off from evacuation routes, food and medicine supplies.

Oleh, another local entrepreneur walks around the remains of his company building, pensive yet unflinching. Oleh and his partner ran an internet provider service before a rocket turned part of their materials and equipment into a pile of ash. Since February, he lost half of his clients. Some people left and never returned, and some houses were razed to the ground, leaving “places where the Internet can be restored, but for no one.”

Over the past months, Oleh did not hesitate to keep the business in Chernihiv. Internet is urgently needed here – to seek emergency support and stay in touch with family and friends: “Now, we have only one plan – to restore what is possible and needs to be restored.”

Local businesses are slowly picking up the pieces, but the city is facing numerous challenges – there is lack of job opportunities, while the authorities struggle to support all those in need ahead of winter season as revenues to the local budget have greatly decreased.

To support the local economy, IOM provided Artem, Oleh and 16 more small businesses in Chernihiv Region with grants up to EUR 4,500 within the project "SME Boost: Economic Integration of Internally Displaced Persons and Business Recovery", funded by the German Federal Ministry for Economic Cooperation and Development (BMZ) through the KfW Development Bank. With received support, Oleh restored part of the materials and equipment lost after shelling, and Artem bought a manual production machine. IOM is scaling up its grant programme in Chernihiv Region to support more war-affected local business owners. 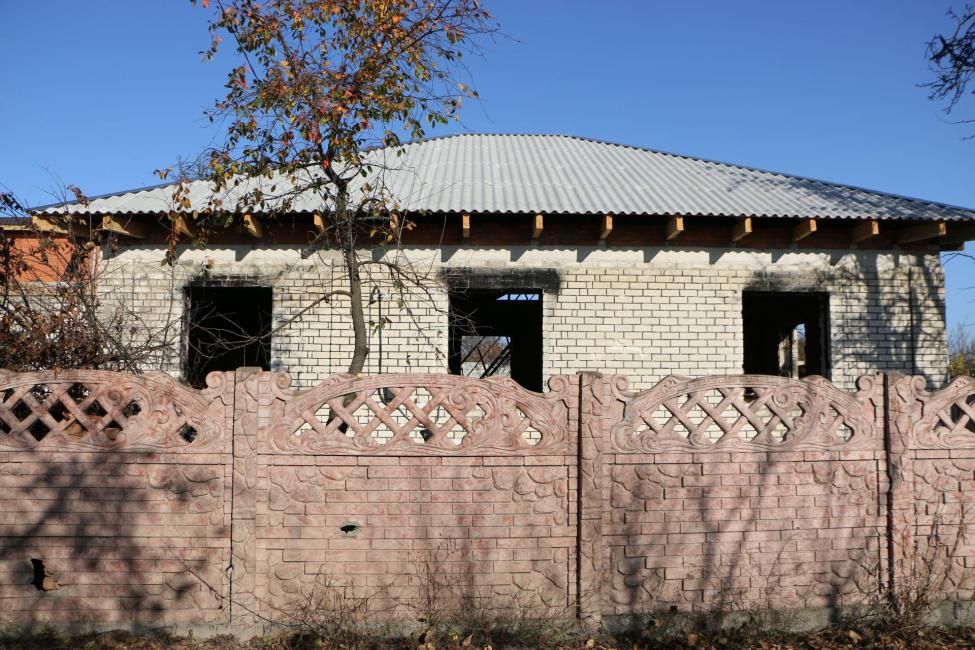 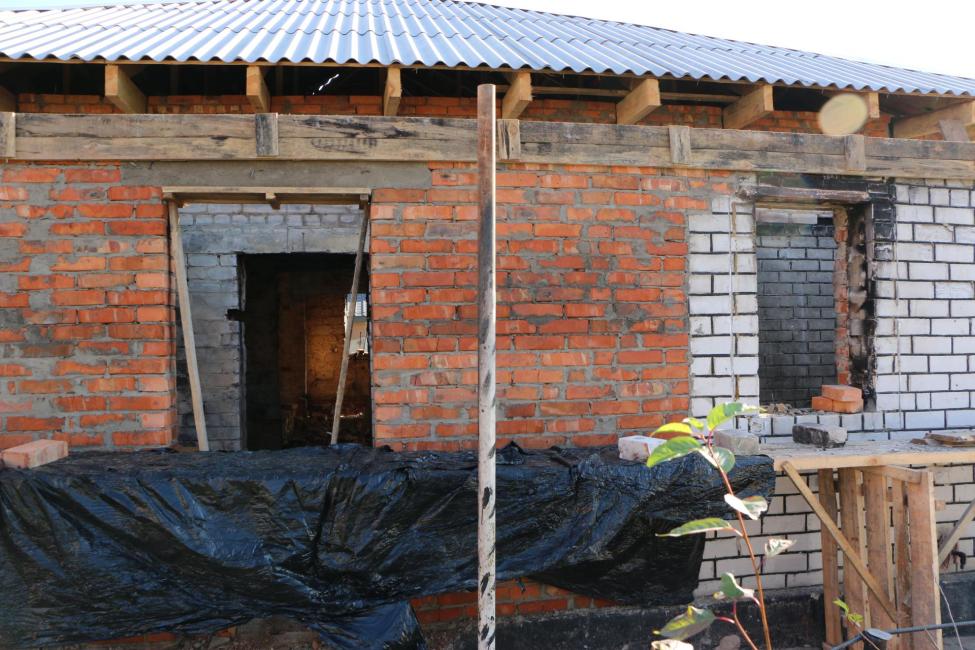 Business is grateful for the help that allows it to stay afloat, but in one voice speaks of yet another challenge – massive power outages. As several waves of large-scale Russian missile strikes and drone attacks hit Ukraine’s energy infrastructure in the recent weeks, emergency blackouts were introduced all over Ukraine to reduce the load on the system.

According to authorities, up to 40 per cent of Ukraine's energy system was destroyed. Large cities, like Kyiv and Chernihiv are among the most vulnerable because of high electricity consumption. Gradually, frequent rolling blackouts are becoming the new normal, and people are reminded to save electricity at home and at work. This puts the business, which has survived more than eight months of war, under pressure once again. 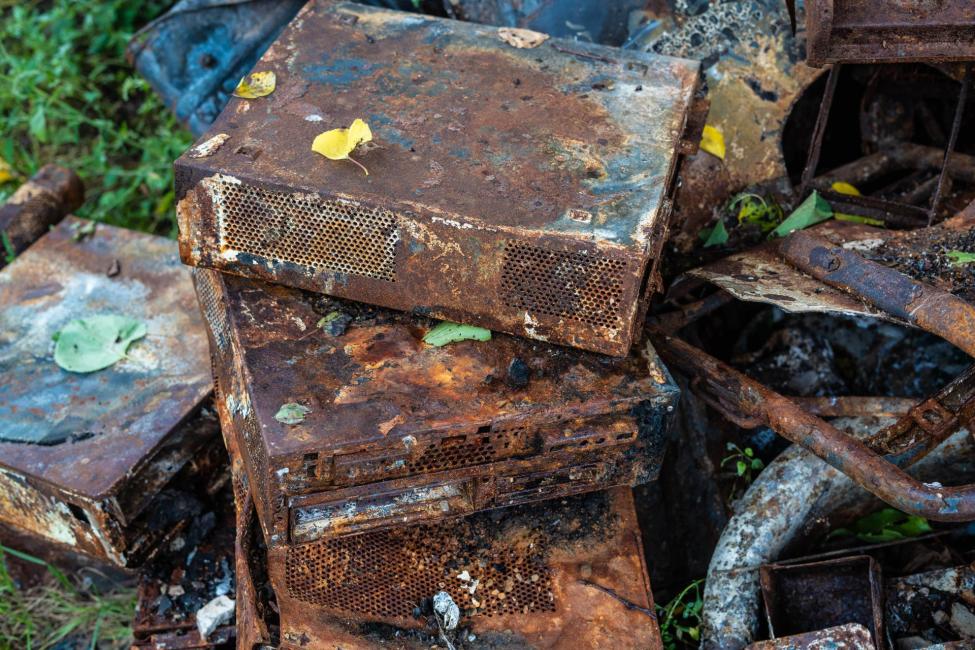 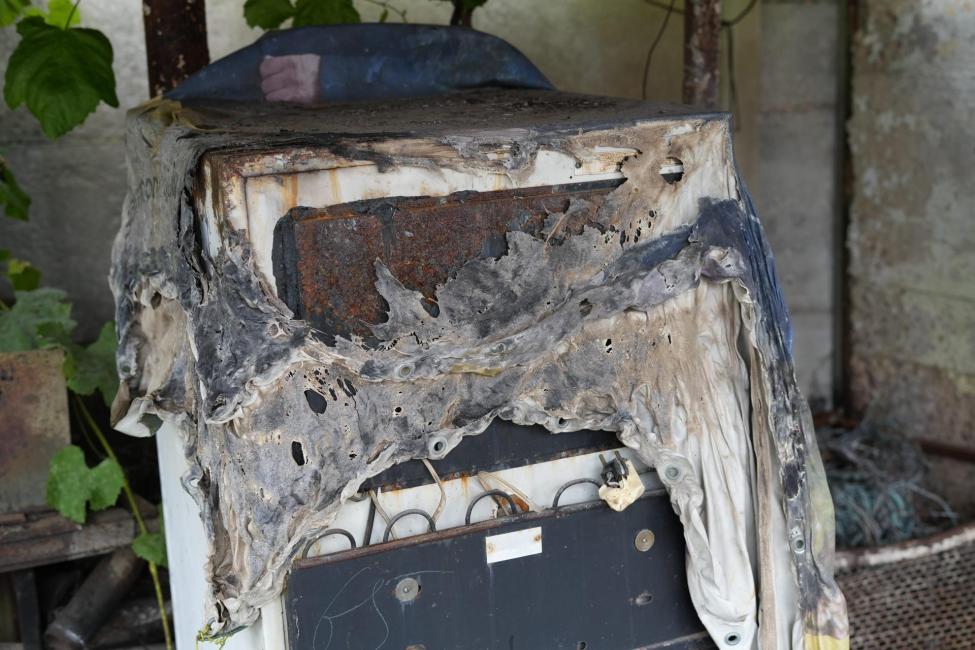 “Chernihiv has big problems with electricity. We have power outages here for half a day, and sometimes we remain unaware when it will be turned off.  Many businesses suffer from these blackouts – from automobile repair shops to bakeries,” describes Oleh.

Artem is preparing for constant power outages in the coming months and has already bought a backup generator for his production facility. He says that they managed at the last moment, as huge demand for generators, as well as candles, solar lamps, lanterns, and power banks led to shortages in some areas. While it is still impossible to plan anything, Artem does not lose optimism.

“We don’t think about relocation. After what we went through in March, it is hard to intimidate us with anything. People are already used to it. We have such a country and such people that they will survive the war, the economic crisis, anything,” he sums up.

Ukrainians Rush to Take Shelter Ahead of Looming Winter

Not Just Surviving But Thriving: Innovations Help Business in Ukraine To Stay Afloat During the War