The loss of agency and the ability to provide for themselves and their families is one of the greatest fears of Ukrainians amid the war. According to the IOM recent survey, as of October, over 16 million people lost their jobs. Many relocated businesses give a hand to internally displaced people, providing them with jobs.

The Ukrainian company Mureli, a brand that creates exclusive leather goods and sells them in the USA and Europe, is among these enterprises.  The business was based in Vyshhorod city, Kyiv Region, in close proximity to the Kyiv suburbs heavily affected by hostilities in the first weeks of the Russian invasion. It was dangerous to stay in the region and the owner, Sviatoslav, decided to relocate to the west of Ukraine.

Once at the production site, a visitor would be surprised at a few things: the incredibly vivid smell of leather and the well-coordinated work of the team. It is difficult to imagine that these people are new to the profession. Half of them were displaced from the east of Ukraine and relocated to Zakarpattia.

"I have to start all over again for the third time. I am from Kramatorsk, so since 2014, I know very well what explosions and occupation are," says Serhii. In 2014, his house was damaged, and the family had to live with a leaky roof over their head. To earn money for repairs, the young man went to Kyiv to work. But the COVID-19 pandemic forced him to return home. Things just started going better as he had to flee again after the full-scale Russian invasion began in February 2022.

" It was a lucky coincidence that I survived. I had to leave the city the day a Russian rocket hit the Kramatorsk railway station. When I heard a loud explosion, I had just finished gathering my clothes. If I had come to the station a bit earlier, I might not have spoken to you anymore," says Serhii.

Upon arrival in a safe place in Zakarpattia, he heard from friends about the Mureli company. Serhii was ready to work just for food and a roof over his head. But he found much more than a job. "Previously, I enjoyed cosplaying. So, I know exactly what craft production is. Now it is something that inspires me and fills my days with meaning," Serhii says.

The same inspiration can be felt when speaking to 18-year-old Nastia, who came from Kherson, and Tetiana from Lyman, who knows that she will never see her home, because it was destroyed.
"Our job is like a hobby, but we don't have to invest anything, moreover, we get paid for it!"  say the new employees of Mureli gratefully.

Sviatoslav, the company's director, is motivated by his dedicated staff.  When he first started working with leather in 2014, he had only YouTube videos and his own mistakes to learn from.

"In eight years, we have become experts and we are happy to teach others," Sviatoslav says. 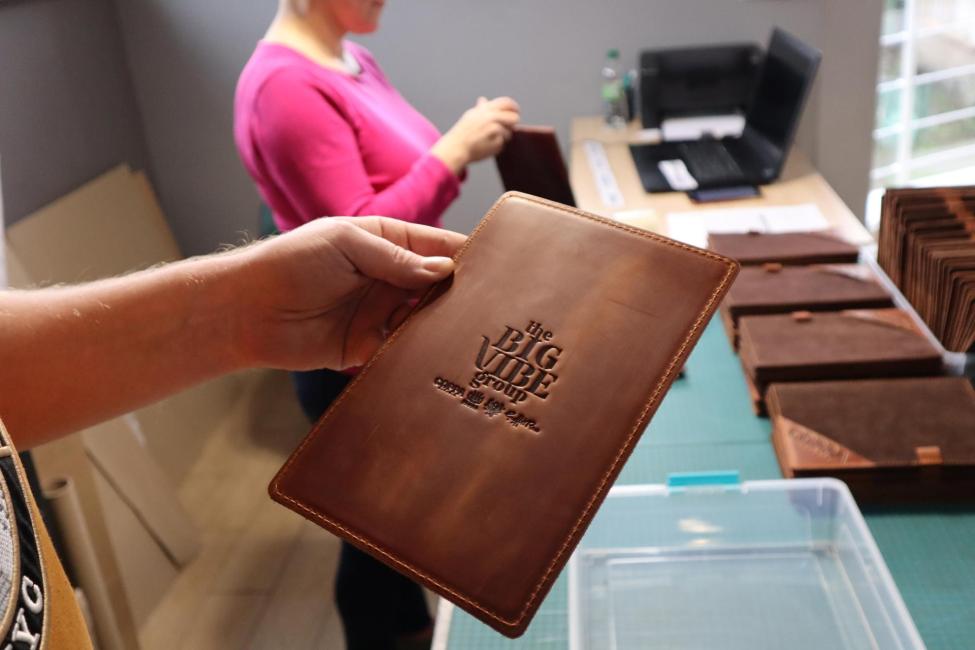 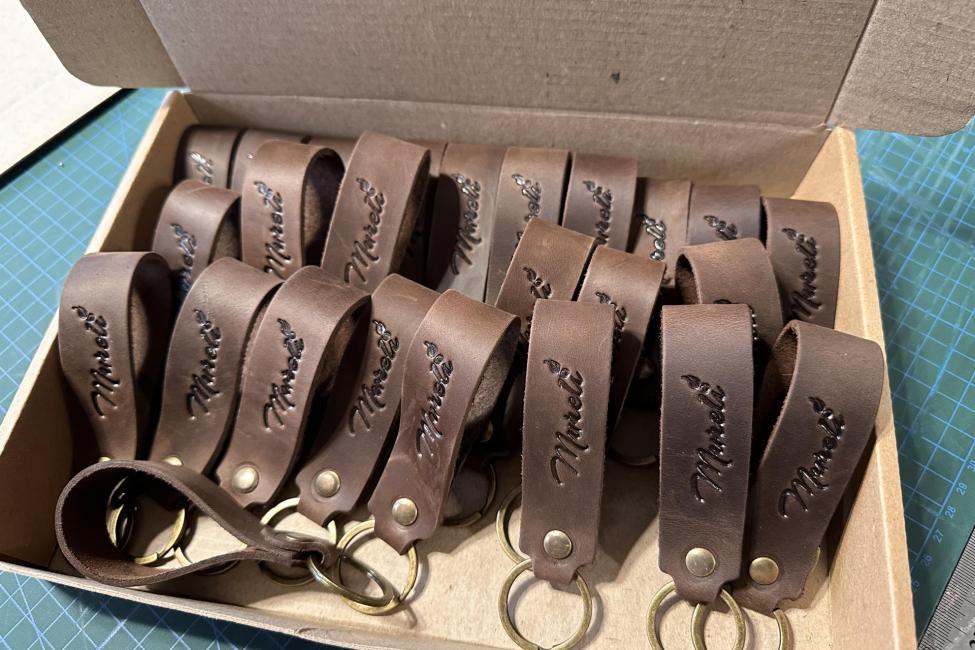 Even despite the war, he continues to dream big, extending his product line and finding new clients in the U.S. market.  IOM provided Mureli with a grant of EUR 20,000 within the project "SME Boost: Economic Integration of Internally Displaced Persons and Business Recovery", funded by the German Federal Ministry for Economic Cooperation and Development (BMZ) through the KfW Development Bank. This allowed Sviatoslav to buy some leather and open new positions. In 2022, more than a hundred of war-affected and displaced Ukrainian businesses received similar assistance from IOM.